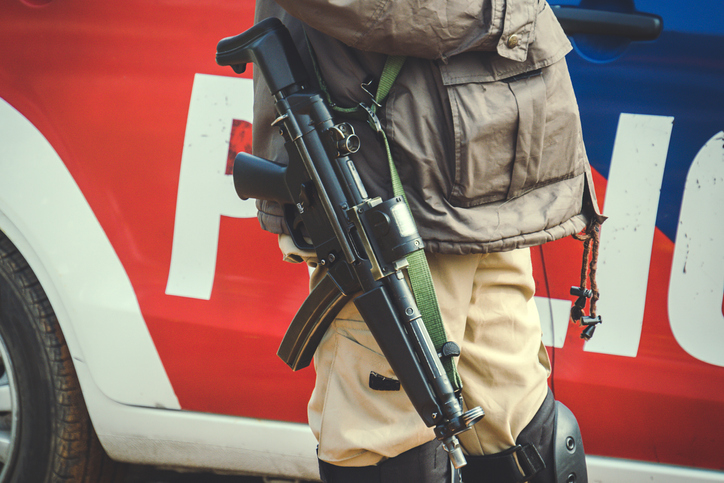 Vehicles entering the two states are being thoroughly checked. Police personnel are keeping a close vigil at sensitive locations to maintain law and order ahead of the Republic Day celebrations on Thursday, they said.

On the directions of Chief Minister Bhagwant Mann, a red alert has been sounded across Punjab to ensure peaceful Republic Day celebrations in the border state, an official statement said.

Director General of Police (DGP) Gaurav Yadav reviewed the security arrangements with all commissioners and senior superintendents of police and asked the district heads to ensure foolproof security in their respective jurisdictions, it said.

The DGP also asked all station house officers (SHOs) and gazetted officers to remain in the field till the culmination of Republic Day events.

He said senior officers from Chandigarh have also been deputed to review security arrangements in important districts of Punjab and additional forces deployed in sensitive pockets.

Punjab Governor and Chandigarh Administrator Banwari Lal Purohit will unfurl the tricolour at a state-level function in Jalandhar on Thursday and Chief Minister Mann will hoist the national flag in Bathinda.

Additional Director General of Police (ADGP), Law and Order, Arpit Shukla, who is camping in Jalandhar, said the DGP has ordered extensive checking of vehicles and suspicious people.

All the interstate and inter-district boundaries in Punjab have been sealed, he added.

He also urged the people of the state to remain alert and immediately report anything suspicious to the police on helpline numbers 112 and 118.

The state-level Republic Day celebrations will be organised at Thanesar in Kurukshetra where Governor Bandaru Dattatreya will unfurl the national flag.