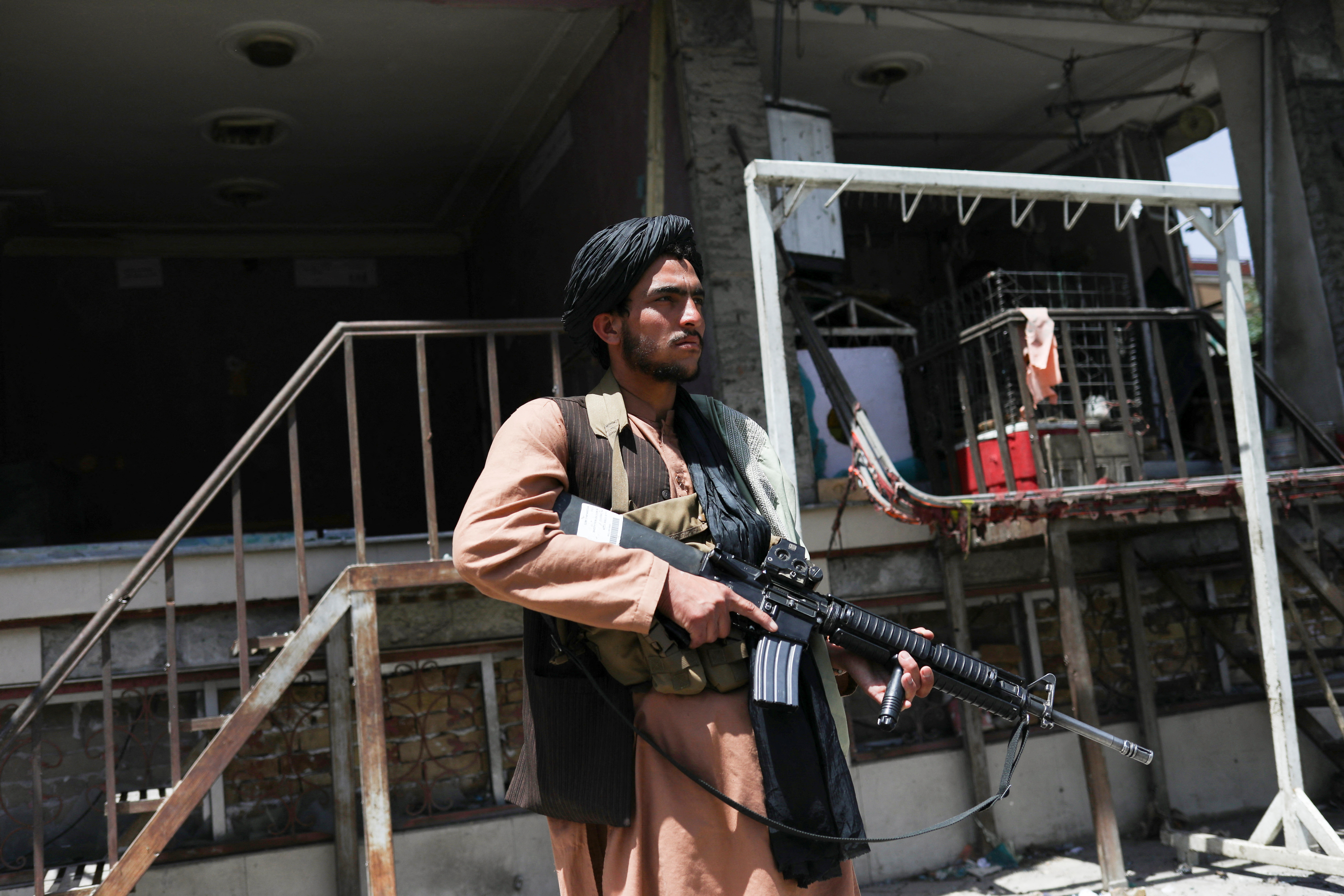 A Taliban fighter stands near the gurdwara in Kabul. REUTERS

Akal Takht and the SGPC have strongly condemned the attack on Karta-e-Parwan gurdwara in Afghanistan’s Kabul on Saturday morning.

He said the “non-seriousness” of the Centre could well be gauged from the fact that those Afghani Sikh and Hindu families which were evacuated earlier, still have dark future for want of the citizenship of India.

Akal Takht officiating Jathedar Giani Hapreet Singh said all governments of the world should get together to have serious thought on racial attacks. “I will also ask the Indian government to make efforts to evacuate the Afghan Sikhs safely and also ensure that the historic Sikh shrines should be taken care of,” he said. The SGPC has also urged the UN to take a lead in ensuring the safety of minorities in Aghanistan.

On June 16, a delegation of SGPC had met the National Minorities Commission chairperson Iqbal Singh Lalpura and prominently took the issue of Afghan minorities who are facing threat to their lives and property in their own country.

Damdami Taksal and Chief Khalsa Diwan have also sought intervention of the Indian government to ensure safety of life and property of Sikhs and shrines in Afghanistan.