Nationwide campaign for law on MSP from April 11-17 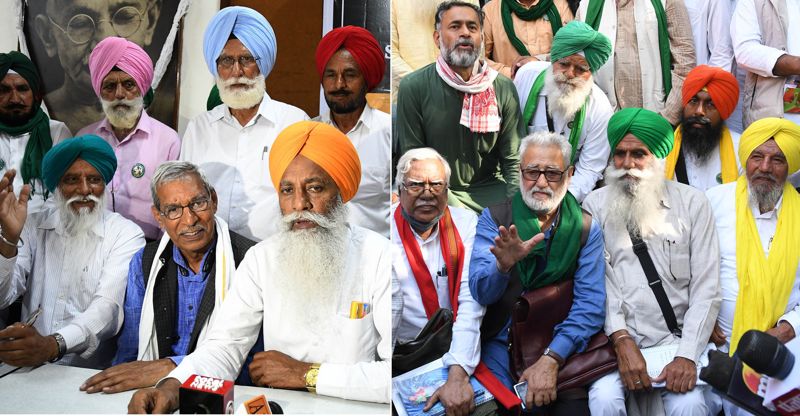 A meeting of the Samyukt Kisan Morcha (SKM) to review the next phase of farmers’ movement to demand MSP guarantee witnessed some stormy scenes.

Two groups held separate meetings at the same venue — Gandhi Peace Foundation. The group, which did not contest the recent Punjab poll, comprising union leaders Darshan Pal, Hannan Mollah, Jagjit Singh Dallewal, Joginder Singh Ugrahan, Yudhveer Singh and Yogendra Yadav, sat outside in protest against those who contested the poll. They said since the leaders inside the hall formed a political party, they were no longer part of the SKM.

“Even during the agitation, we did not share the stage with any political party. We are farmers and are happy to sit on the ground. They (who contested the poll) can take the ‘kursi’,” Yadav said in reference to leaders like Balbir Rajewal who contested the poll. Rajewal said there were “differences only on some issues”. He said many (like Yadav and Rakesh Tikait) had also “contested and lost” elections in the past. “I was offered the post of Chief Minister by AAP,” he claimed. Rajewal’s Sanyukt Samaj Morcha drew a blank in the poll.

Meanwhile, the SKM announced a nationwide campaign “MSP legal guarantee week” between April 11 and 17 and a protest on March 21 on the “role of the government “in the Lakhimpur Kheri incident and its “failure” to keep promises made to the farmers. It also announced support to the Bharat Bandh call given by trade unions on March 28 and 29.