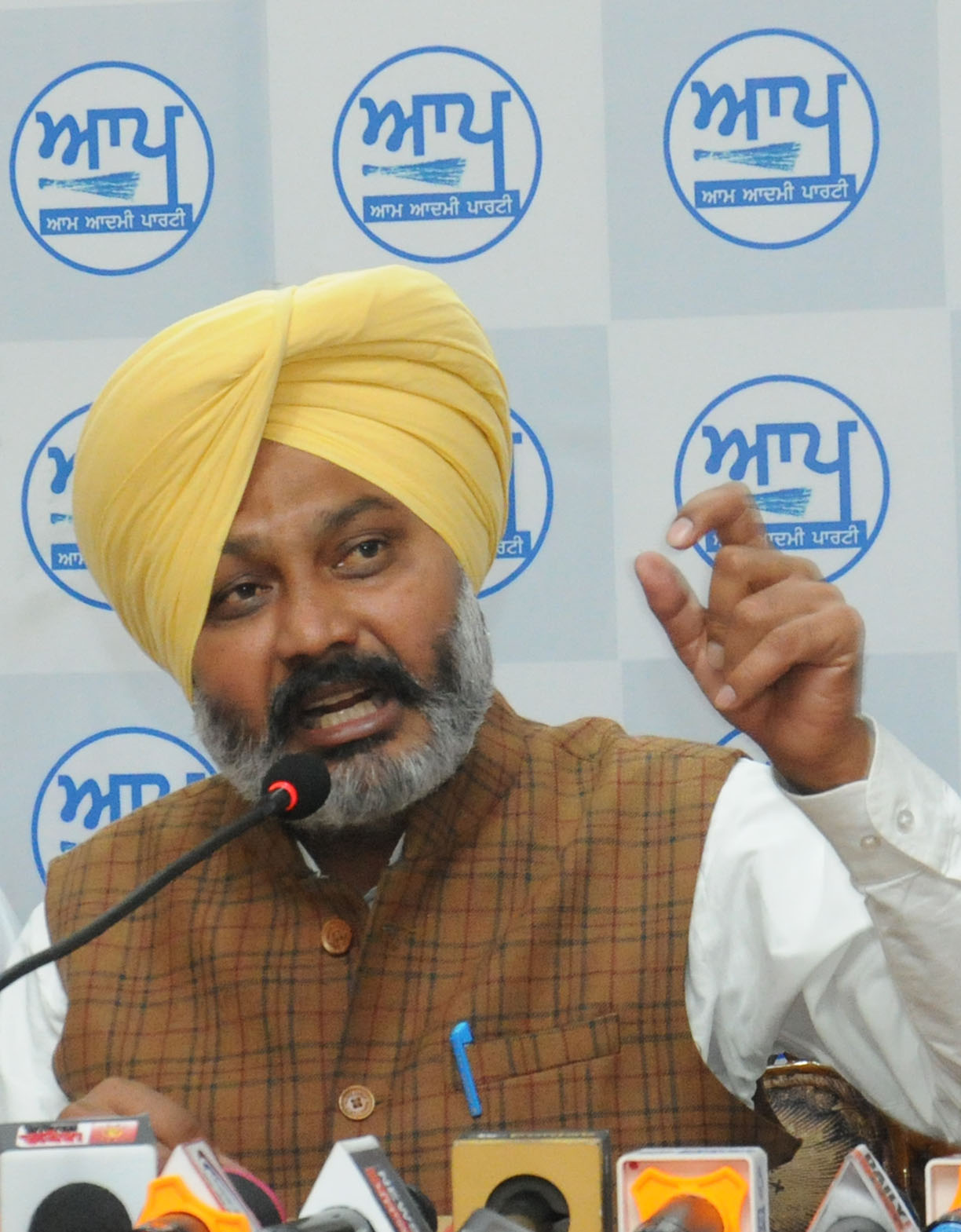 Caught on the wrong foot on the question of the Sutlej-Yamuna Link (SYL) canal and free power sop that comes with a few riders, the Aam Aadmi Party (AAP) has hit back at the Opposition claiming the state was paying a price for the “misdemeanours of the previous governments”.

The party has made it clear that not a single drop of water from Punjab would flow out to another state, while it blamed the previous Congress and SAD governments for the state’s fiscal mess and the reason enough for not extending the free power sop to all.

In a video message, Finance Minister Harpal Cheema today said Punjab had the sole right over its river waters.

“Not a single drop of water will flow out to another state. We are ready to make any sacrifice for preserving the riparian rights of Punjab. I am surprised that the parties that are now raising the matter are the ones who let it hang fire when they were in power. All they do is play petty politics over the issue,” he said.

Since yesterday, the Opposition has been attacking the government over the remarks made by Power Minister Harbhajan Singh, who had said those from socially disadvantaged sections and minority communities having more than 1 kilowatt of load and filing Income Tax returns would not be entitled to free power (up to 600 units in one billing cycle of two months).

Countering the Opposition, party spokesperson Malwinder Singh Kang said: “Had the previous Congress and Akali Dal governments not left the state finances in doldrums, all citizens of Punjab would have received free power today.” — TNS

Not a single drop of water will flow out to another state. We are ready to make any sacrifice for preserving the riparian rights of Punjab. — Harpal Cheema, FM