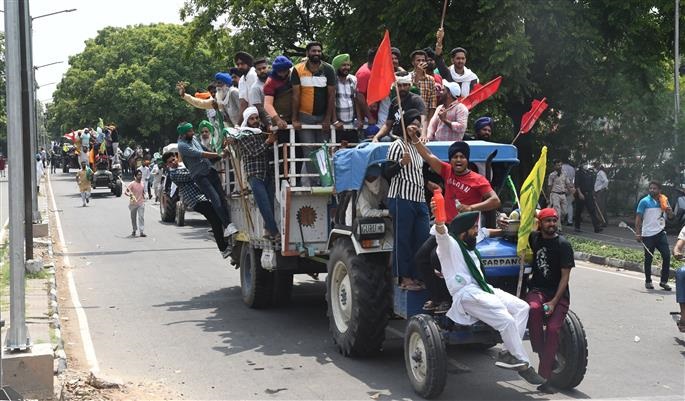 Demanding removal of encroachments from a road at Ghabdan village, farmers under the banner of the Bharti Kisan Union (Ugrahan), protested at the District Administrative Complex (DAC) today.

Jatar Singh Laddi of the BKU (Ugrahan) said, “At Ghabdan village, the width of 32-ft road has been reduced to just 8 ft. The residents have encroached upon the road.”

Protesters alleged that they had requested the District Development and Panchayat Officer (DDPO) numerous times to act against the encroachers, but to no avail.

Kulwinder Singh, a protester, said, “Today, we ended our protest after getting an assurance from the DDPO. In case the authorities fail to take act in a stern manner, we will launch an indefinite protest.”

DDPO Savinder Singh said he has directed the Block Development and Panchayat Officer to act at the earliest. “Our officers will soon remove encroachments from Ghabdan village,” said the DDPO.