Barring one, all accused held on May 16 under ‘Op Surgical Strikes’ | First probe team had charged same men 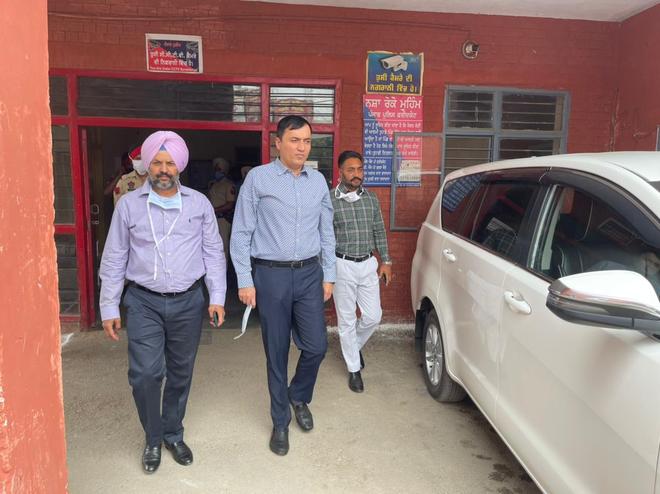 Six years after the first ‘bir’ of Guru Granth Sahib was stolen from Burj Jawahar Singh Wala village as part of a series of over 170 sacrilege incidents in Punjab, the IG SPS Parmar-led Special Investigation Team (SIT) has reaffirmed that followers of the Sirsa-based Dera Sacha Sauda had carried out the incidents to “avenge an alleged disrespect to dera head Gurmeet Ram Rahim”.

An official note on the probe indicates that the dera followers led by Mohinder Pal Singh Bittu (later killed by gangsters in a Nabha jail) and his associates carried out the sacrilege incidents.

The note has accepted that the recent arrests had not been easy. The accused had already gone through various probe agencies and had approached different legal channels to evade arrest in the past six years. The pressure was intense because besides the Opposition, several top Congress leaders were pointing fingers at its own government.

Interestingly, the list includes the same group of dera followers as accused as were mentioned in the first SIT led by DIG Ranbir Singh Khatra. The Khatra report was not upheld by the government. Even the CBI did not accept involvement of the dera followers. It, in fact, filed a closure report.

In January this year, the Punjab and Haryana High Court dissolved the Khatra-led SIT. The Punjab Government appointed IG SPS Parmar as the head of the team with DIG Khatra and anti-terror expert AIG Rajinder Singh Sohal as members.

The note said the genesis of the chain of sacrilege events began during a “deewan” (religious congregation) by Sikh preacher Harjinder Singh Manjhi in Burj Jawahar Singh Wala village in early 2015. He exhorted people to leave the Dera Sacha Sauda sect. Sikhism underlines Guru Granth Sahib as the living Guru and not any human being as dera followers practised. This incited the dera men, especially Mohinder Pal Singh Bittu, who led a conspiracy to take revenge.

Bittu’s trusted man Sukhjinder alias Sunny Kanda stole a “bir” of Guru Granth Sahib from a gurdwara in Burj Jawahar Wala. Sunny wrote the blasphemous posters against Sikhism and scattered the torn pages of Guru Granth Sahib in Bargari village. Sunny and Shakti later gave the remaining part of the torn “bir” to Bittu. Raju Dhodhi threw about 100 torn pages of the “bir” into a canal.

Calling them “Surgical Strikes”, the arrests were meticulously planned as part of a swift, secret and simultaneous operation. The operation was planned to avoid giving time to the accused to evade arrest.