Former CM is set to become oldest candidate in fray, Congress has fielded son of former minister, AAP candidate is son of ex-MP 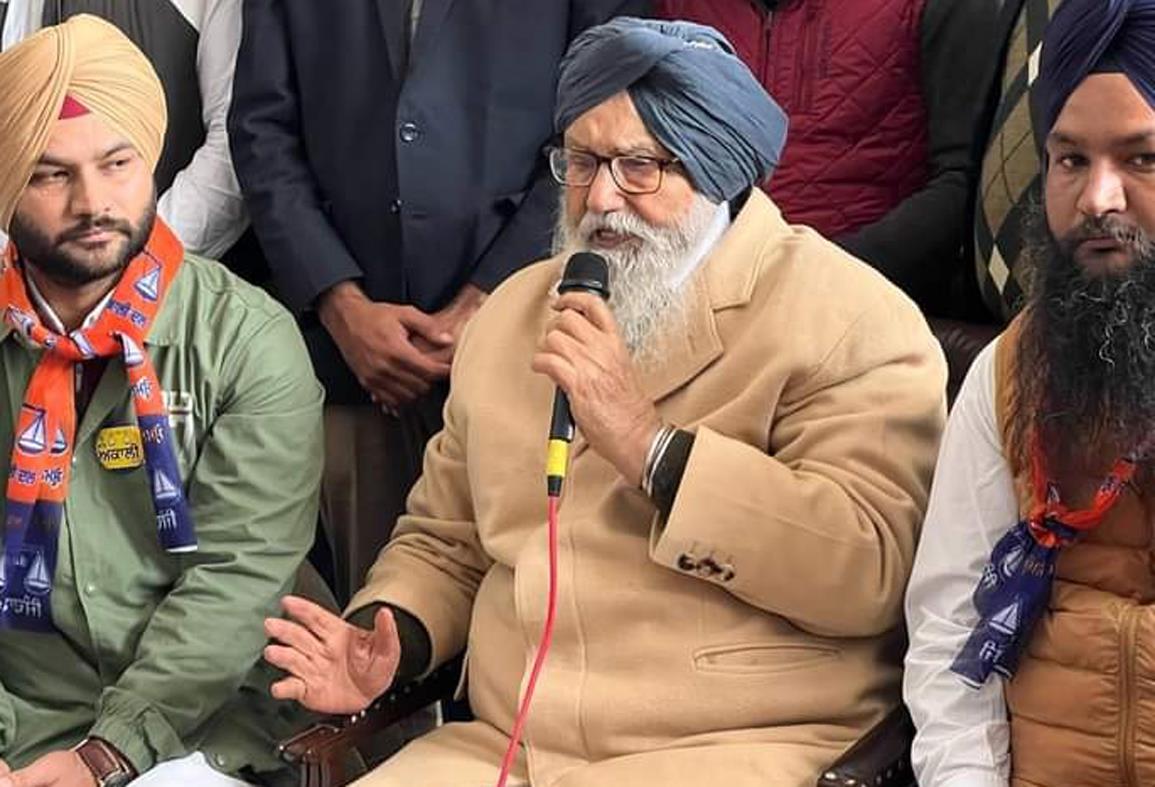 The party had released its first list of 64 candidates on September 13 last. Till Tuesday, the party had declared candidates in 95 of 97 seats in a pre-poll alliance with the BSP. However, the candidates from Lambi and Amritsar East were yet to be declared.

Political experts said the SAD kept waiting for over four months this time anticipating that the Congress may do something like that of the last election, when it had surprised everyone by fielding Capt Amarinder Singh from Lambi just a few days ahead of the election.

Notably, 94-year-old Badal has mostly toured his constituency in the last few days. Bathinda MP Harsimrat Kaur Badal too along with his father-in-law has held public meetings in some villages. Notably, Lambi falls in Bathinda parliamentary constituency. Further, the former CM has assigned duties to his relatives and lieutenants to go door-to-door in the villages.

Sources said SAD chief Sukhbir Singh Badal too would soon hold a meeting with the party activists from Lambi at his Badal village residence here.

In 2012, it was the toughest electoral battle for Badal when he took on his younger brother Gurdas Singh Badal (PPP) and estranged cousin Maheshinder Singh Badal (Congress). Badal won by a margin of 24,739 votes. He continued cordial relations with Gurdas until the latter passed away in 2020.

The five-time CM will face two new entrants, 52-year-old Jagpal Singh Abulkhurana of the Congress and 59-year-old Gurmeet Singh Khudian of the AAP.

Jagpal is son of late minister Gurnam Singh Abulkhurana, who had won from Lambi in 1992 when the SAD had boycotted the elections. Gurmeet Khudian is son of late MP Jagdev Singh Khudian, who had become MP as a SAD (Amritsar) candidate, died under mysterious circumstances. Both Jagpal and Gurmeet have never contested the Assembly election in the past.

Age seems to be just a number for 94-year-old Parkash Singh Badal. Though he now gets the support of people accompanying him to walk, once he reaches the venue of any political programme he successfully delivers lengthy and meaningful speeches. His mind is still sharp and immediately recognises everyone. He gives credit for his health to the public, saying, “People keep me busy and that’s why I am still better than many others.” He does some exercise every morning and performs prayer twice a day.

Before Lambi, Badal was elected MLA five times from Gidderbaha Assembly constituency. Before the reorganisation of the state, he contested the first Assembly election from Malout on the Indian National Congress (INC) ticket in 1957 and won.

He has so far lost just one election at that too with just 57 votes from Harcharan Singh Brar from Gidderbaha in 1967.