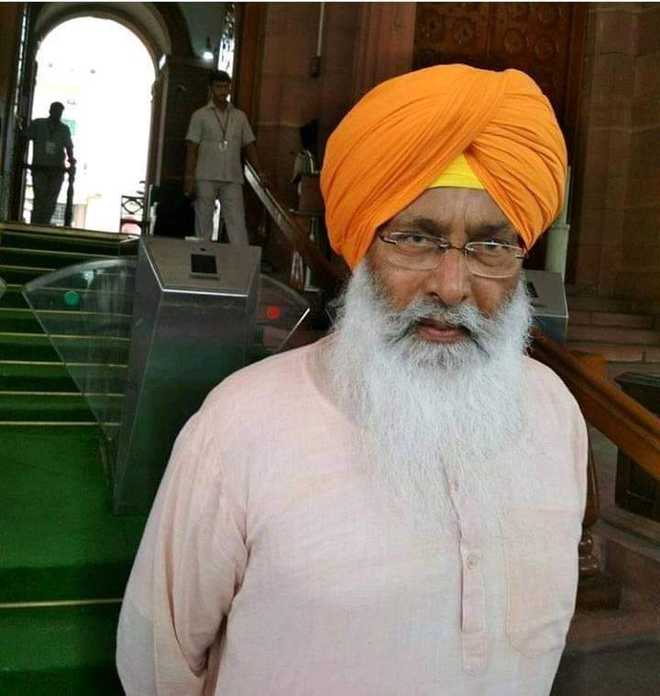 Shiromani Akali Dal (Democratic) MP SS Dhindsa joined the opposition chorus in Rajya Sabha in Friday for the repeal of farm laws, and demanded an inquiry into the R-Day violence, which included the hoisting of a religious flag at Red Fort.

He demanded Prime Minister Narendra Modi’s intervention to bring about denouement to the stalemate on the laws.

Taking part in the discussion on Motion of Thanks on President’s Address in Rajya Sabha, Dhindsa demanded a probe into the violence at Red Fort to identify the perpetrators.

However, he condemned attempts to give pejorative labels like “anti-nationals” and “Khalistanis” to farmers to discredit their protests against the three laws.

He said that farmers of Punjab and Haryana (during United Punjab when Haryana was its constitutive part), made the country self-sufficient in food grains.

“Now the farmers are sitting in protest at the Delhi’s borders are given names,” Dhindsa said.

“I had written a letter to the Prime Minister against the laws when Ordinances relating to the laws had been promulgated saying they were not in the interest of the farmers,” Dhindsa said, adding that he had demanded their withdrawal.

The laws were passed, and disastrous consequences are before the country in the form of a large number of farmers staging protests, he said.

He said the Opposition parties’ demand in the Rajya Sabha during the discussions that the related Bills be referred to the Joint Committee of Parliament for scrutiny and wider consultations were disregarded.

He said that while the government vouches that the laws are in the interest of the farmers, the latter debunk the same.

Agriculture is a “state” subject and enactments of laws by the Centre is against federalism. The regional parties are against it.

He demanded fixation of MSP as per the recommendation of Swaminathan Commission, and be linked to the Price Index.