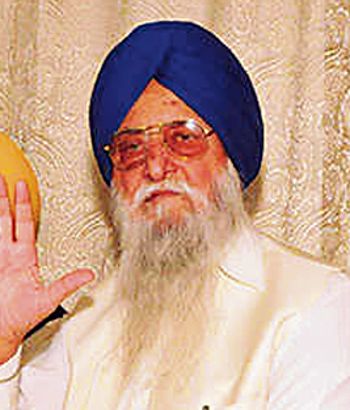 The Shiromani Akali Dal (Sanyukt) is on the verge of a split with party leader Ranjit Singh Brahmpura raising the banner of revolt over a possible alliance or seat-sharing arrangement with the BJP for the upcoming Assembly elections. Sources say a large section of the party is against an alliance with the saffron outfit or Capt Amarinder Singh-led Punjab Lok Congress. This sentiment was shared by party workers during a seminar held earlier this week.

Talking to The Tribune, former MP Brahmpura said he was against any formal or informal electoral alliance with the saffron party. A majority of the party workers has already expressed their view regarding this, he said, claiming there was a strong opposition to the BJP among people of the state.

The final call will be taken at Dec 21 meeting. Even if party decides to go with the BJP, we will not be part of the party. —Ranjit Singh Brahmpura, SAD (sanyukt)

He questioned party leader Sukhdev Singh Dhindsa meeting the BJP top brass, including Amit Shah, to discuss the seat-sharing arrangement at a time when workers and leadership were against it. He said the final decision would be taken at a meeting on December 21. “Even if the party decides to go with the BJP, we will not be part of the party.”

Despite having announced over 90 candidates, the SAD has not fielded any candidate from the Khadoor Sahib constituency, from where Brahmpura and his son have remained MLAs.

Asked about any prospects of retunring to the SAD fold, Brahmpura said he had no such plan for now.

Both Dhindsa and Brahmpura were the senior-most leaders of SAD, after Parkash Singh Badal, before they revolted separately against the Badals and formed the SAD (Sanyukt).