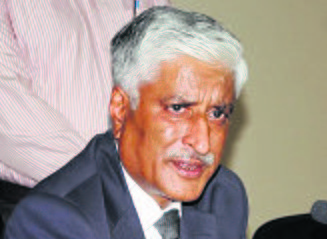 Describing Sumedh Singh Saini as a blue-eyed boy wielding much influence owing to political patronage, the Punjab and Haryana High Court has asserted that the former top cop even went to the extent of intimidating the judicial process as evident from observations of a senior HC Judge in 1995 followed by “earlier recusal in these matters by two sitting Judges of this court”.

The final order was pronounced on Tuesday. The matter was placed before Justice Fateh Deep Singh following recusal by two HC Judges. The state, during the course of hearing, had referred to the 1995 HC judgment in the “Vinod Kumar versus the State of Punjab and others” case to impress upon the court that the petitioner had gone to the extent of overawing the courts.

The Bench asserted that a perusal of the records was illustrative of how Multani, illegally apprehended within the jurisdiction of Mohali district, was never produced before a judicial magistrate. He was allegedly produced before an executive magistrate in Gurdaspur. From there he purportedly escaped from a huge posse of police and paramilitary forces. “It, rather rightly, strengthens the belief of the complainant and a rationale person that it was with a preconceived plan that the entire gamut was played to facilitate easy elimination of Balwant Singh Multani”.

The complaint and facts, the Bench added, showed that the family had made every conceivable effort to initiate the judicial process since Multani’s disappearance. “Even the innumerable cases that one experiences in life shows that for one reason or the other, be it political or otherwise, many of the crimes remain buried for a period of time and it is with the passage of time that the same are unearthed...”