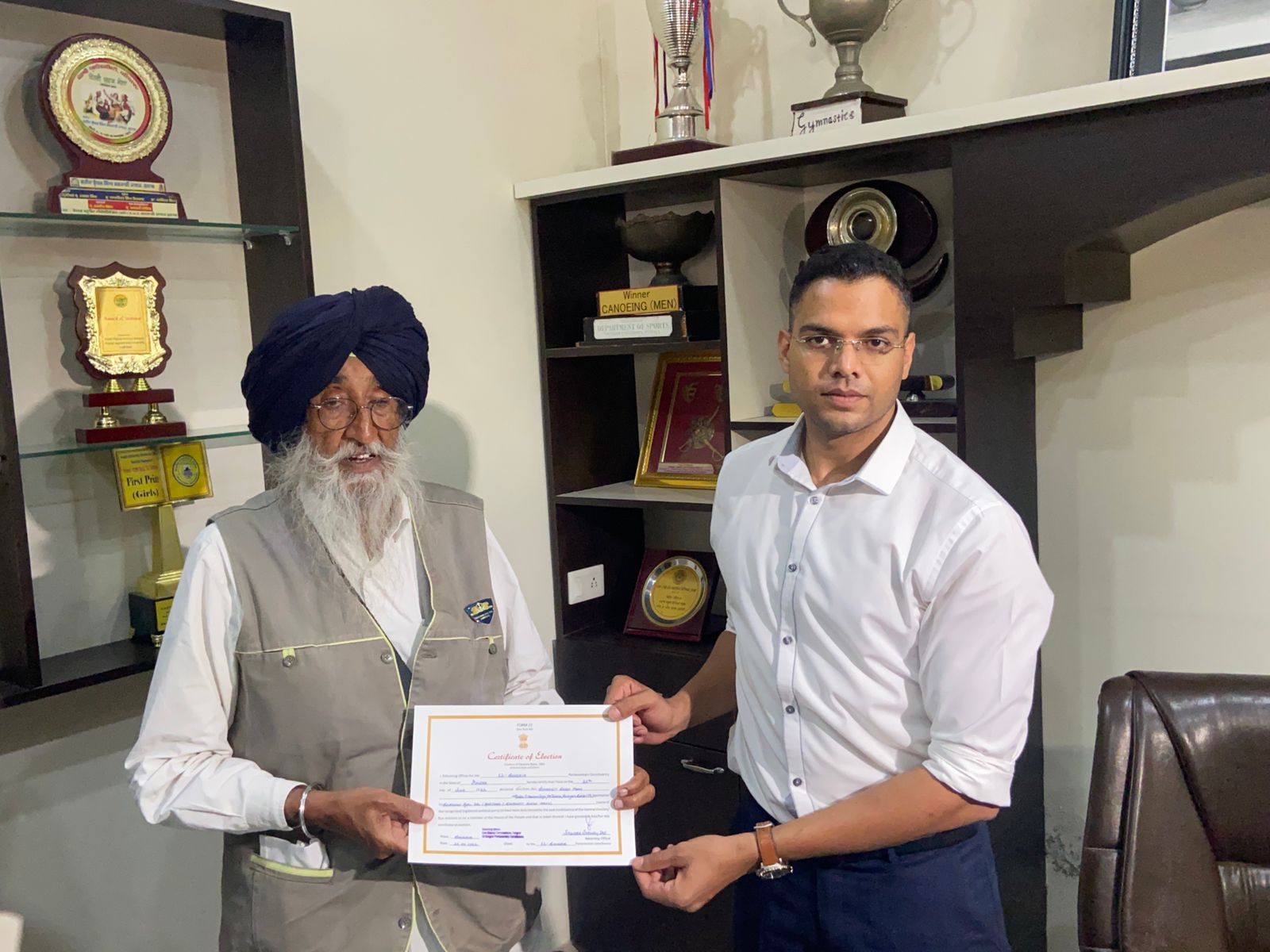 In a major upset in the Lok Sabha by-elections, the AAP on Sunday lost the Sangrur parliamentary seat vacated by Bhagwant Singh Mann when he became Punjab chief minister to SAD (Amritsar) president Simranjit Singh Mann.

Mann, 77, who returns to Parliament after two decades, defeated the Aam Aadmi Party's Gurmail Singh by a margin of 5,822 votes. Mann polled 2,53,154 votes, while Singh got 2,47,332, according to the Election Commission figures.

For the AAP, the humiliating defeat comes just three months after it registered a landslide victory in the 2022 assembly elections, winning 92 of the 117 assembly constituencies.

CM Bhagwant Mann himself has won from Sangrur parliamentary constituency twice – in 2014 and 2019. His recent win was from Dhuri, an assembly segment in the same Lok Sabha constituency.

Answering a TV reporter's question on his victory, Simranjit Mann recalled the death of Jarnail Singh Bhindranwale and others during Operation Blue Star at Amritsar's Golden Temple in 1984.

Less than a percentage point in the vote share separated the winner and the AAP candidate.

Punjab's ruling party conceded defeat even before the results were officially declared. “We respect the mandate of the people for the Sangrur seat. We also congratulate Simranjit Singh Mann," an AAP spokesperson told reporters.

SAD (Amritsar) leader's supporters took to the roads in Sangrur to celebrate the victory. Some distributed ladoos. Many rode in cars and on two-wheelers, raising slogans.

The AAP defeat in Sangrur is being attributed partly to the outrage over the recent murder of popular Punjabi singer and Congress leader Sidhu Moosewala, and the alleged deterioration of law and order under the new government.

Speaking with reporters, Mann dedicated his victory to the people of Sangrur, to the late actor-activist Deep Sidhu and singer Moosewala, "who gave their blood for the Sikh community".

He claimed his victory will have repercussions on Indian politics, and recalled how people laughed at his failure to win elections over several years. He had also unsuccessfully contested the recent assembly polls.

“I am grateful to our voters of Sangrur for having elected me as your representative in Parliament. I will work hard to ameliorate the sufferings of our farmers, farm labourers, traders and everyone in my constituency,” he said.

Mann said farmers and traders were in bad shape and he will raise their issues. Counting of votes began at 8 am on Sunday amid tight security arrangements. Sixteen candidates contested the June 23 bypoll.

In the counting rounds, Mann and Gurmail Singh were locked in a neck and neck fight though Mann had been maintaining a slender lead over the AAP nominee.

During the poll campaign, Mann's main poll plank was securing the release of Sikh prisoners lodged in various prisons even after the expiry of their jail terms.

AAP candidate Gurmail Singh, 38, is the party's Sangrur district in-charge while the Congress had placed its bets on former Dhuri MLA Goldy.

The BJP fielded former Barnala MLA Kewal Dhillon who joined the party early this month. The SAD nominated Kamaldeep Kaur, the sister of Balwant Singh Rajoana who was convicted for the murder of then Punjab chief minister Beant Singh.

Sangrur parliamentary constituency was considered a bastion of the AAP, which had won all nine assembly seats that fall under it in the 2022 state elections.

Bhagwant Mann had won the Sangrur seat in the 2014 Lok Sabha polls after defeating SAD candidate Sukhdev Singh Dhindsa with a margin of 2.11 lakh votes.

In 2019, he won there again by a margin of 1.10 lakh votes, defeating Congress candidate Kewal Dhillon.

Meanwhile, Punjab Chief Minister Bhagwant Mann stated in a tweet that he accepts the verdict of the people and will keep on working for the progress and properity of the people of Punjab.

Counting of votes for the Sangrur Lok Sabha bypoll got under way at 8 am on Sunday amid tight security.