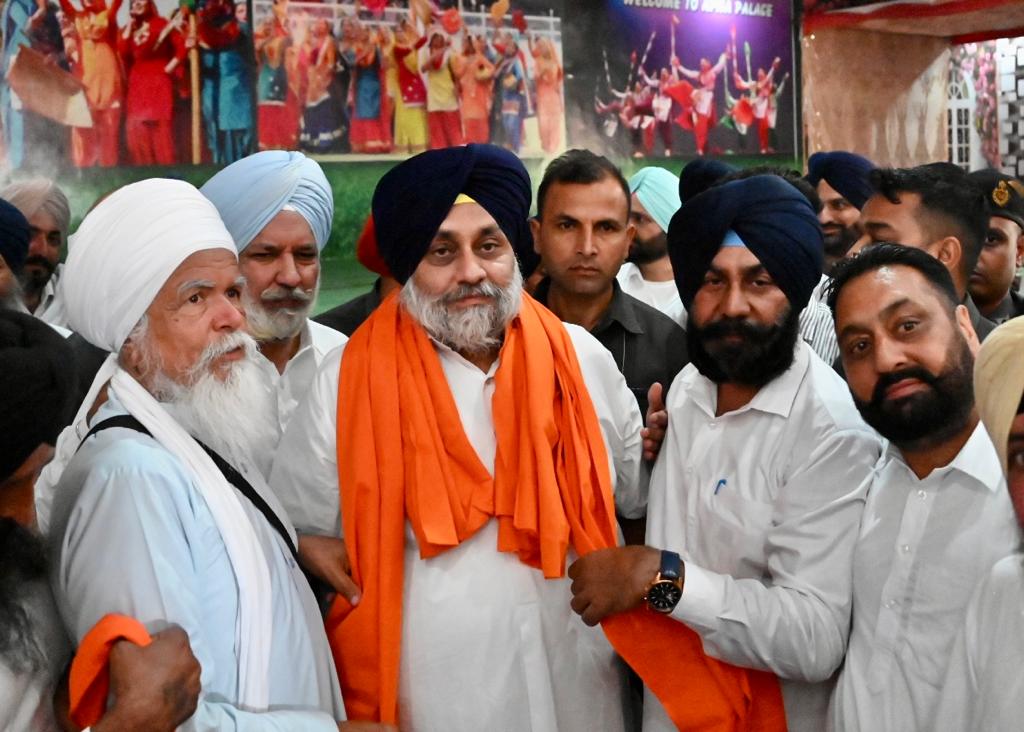 SAD chief Sukhbir Badal today asked CM Bhagwant Mann not to “mislead” Punjabis with grandiose statements that the government would be run from villages, saying rural areas were being neglected the most by the AAP and that there was no rule of law or security of the common man in the state.

Terming Mann’s statement as another gimmick, Sukhbir, while on a campaign tour of the Bhadaur constituency in favour of joint Panthic and SAD-BSP candidate Kamaldeep Kaur Rajoana, said: “Let alone running the government from villages, it is not even being run from Chandigarh. The reins of the government have been handed over to AAP convener Arvind Kejriwal, who is taking all decisions regarding running the affairs of Punjab.”

The law and order situation had deteriorated and even religious clashes had occurred in the state, he said.

Asserting Punjabis were aware that Mann was a dummy CM, Sukhbir urged the people to extend support to Kamaldeep. He said earlier Punjabis gave a chance to the AAP. “Now we seek a chance for our candidate to get Sikh prisoners, who are languishing

in jails even after completion of their life sentences, freed.”