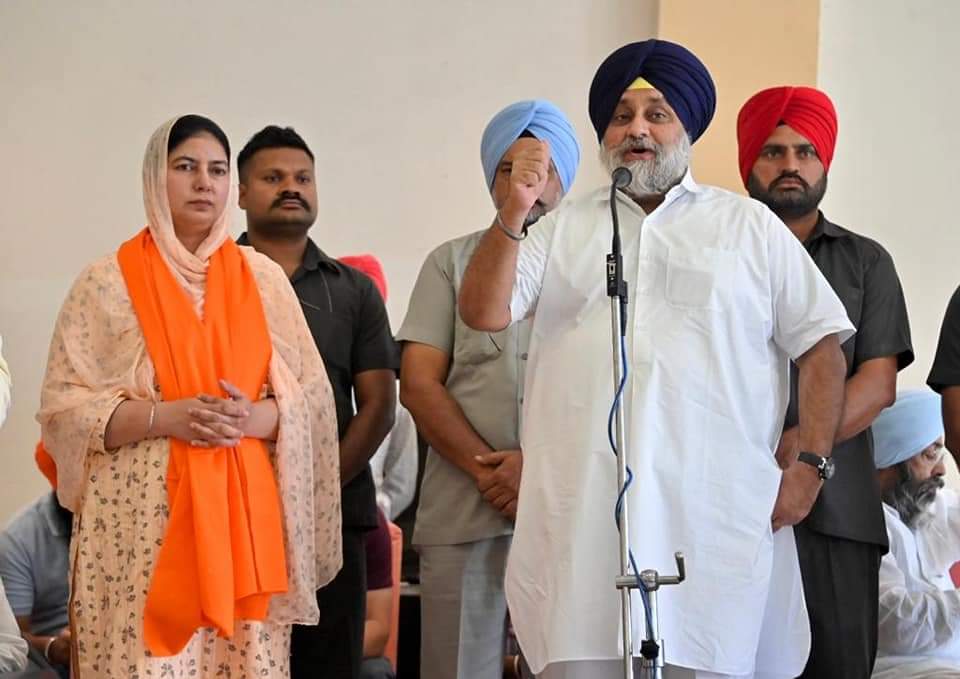 Shiromani Akali Dal (SAD) candidate Kamaldeep Kaur Rajoana (45) flags the release of Sikh political prisoners at every poll meeting. It seems she is wooing only Sikh voters, but this is not the case. She has been able to strike a chord with all, projecting herself their “sister and daughter”.

She has been addressing public meetings daily in various villages of Sangrur, Barnala and Malerkotla districts. Each of the nine Assembly segments that form part of the Sangrur Lok Sabha constituency face different issues, but Rajoana has been raising her voice for the release of Sikh prisoners who have been behind the bars for many years.

“I am your sister and daughter and today I have come to share the pain of Sikh prisoners with you. They have been languishing in jails in spite of completing their sentences,” she says amid slogans.

She is the foster sister of death row convict Balwant Singh Rajoana.

With her emotional appeal and by sharing the details of her members of family, who were allegedly murdered, she never misses a chance to appeal to the audience to get united for the better future of the Sikh Panth.

“I had contested the 2014 parliamentary elections from Patiala. That was my decision. This time, I was not interested, but Akal Takht Sahib Jathedar Giani Harpreet Singh appealed to all Sikh organisations to nominate a joint candidate from the family of a Sikh prisoner. So I agreed to contest. The release of Sikh prisoners is my poll plank because it hold utmost importance for Punjab,” she says during her meetings.

She has done graduation and has two children — a 22-year-old son and an 18-year-old daughter. Both are studying, while her family is settled in Ludhiana.

“I am getting good response as all know that I am contesting for the release of Sikh political prisoners and not for any political gain,” she told The Tribune.

I am getting good response as all know that I am contesting for the release of Sikh political prisoners, not for any political gain. — Kamaldeep Kaur Rajoana, SAD nominee