His two brothers sustain injuries, no arrest yet 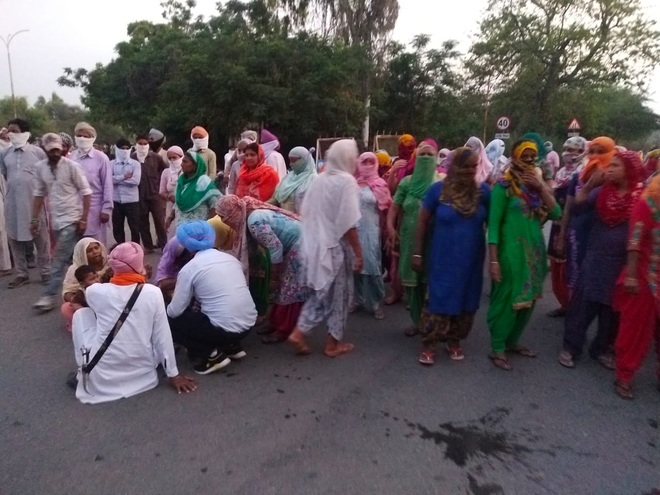 Residents and family members of Bhupinder Singh, sarpanch of Passiana village, hold a protest in Patiala on Wednesday. Rajesh Sachar

In a shocking incident, a sarpanch in Patiala was brutally murdered late on Tuesday night. The 32-year-old was attacked with sharp-edged weapons by assailants, the police said. The deceased has been identified as Bhupinder Singh, sarpanch of Passiana village. He is said to have been associated and backed by the Congress.

The police said the sarpanch was allegedly attacked in the village around 9 pm on Tuesday night. His two brothers, who were with him at the time of the attack, have also been injured.

They were rushed to Government Rajindra Hospital. After getting first aid, the sarpanch was referred to PGIMER, Chandigarh, where he was declared brought dead.

Sources said some jail inmates, who were out on bail, were involved in the attack and are reportedly from the same village. After a preliminary inquiry, the police claimed old rivalry was the reason behind the attack. Family members of the deceased alleged he had been attacked earlier as well.

Jaswant Singh Mangat, Deputy Superintendent of Police (DSP), Samana, said they had registered a case. He said 14 persons by name and 12 others had been booked under Sections 302, 307 and other provisions of the Indian Penal Code. “No arrests have been made so far. Raids are being conducted to nab the accused,” he said.