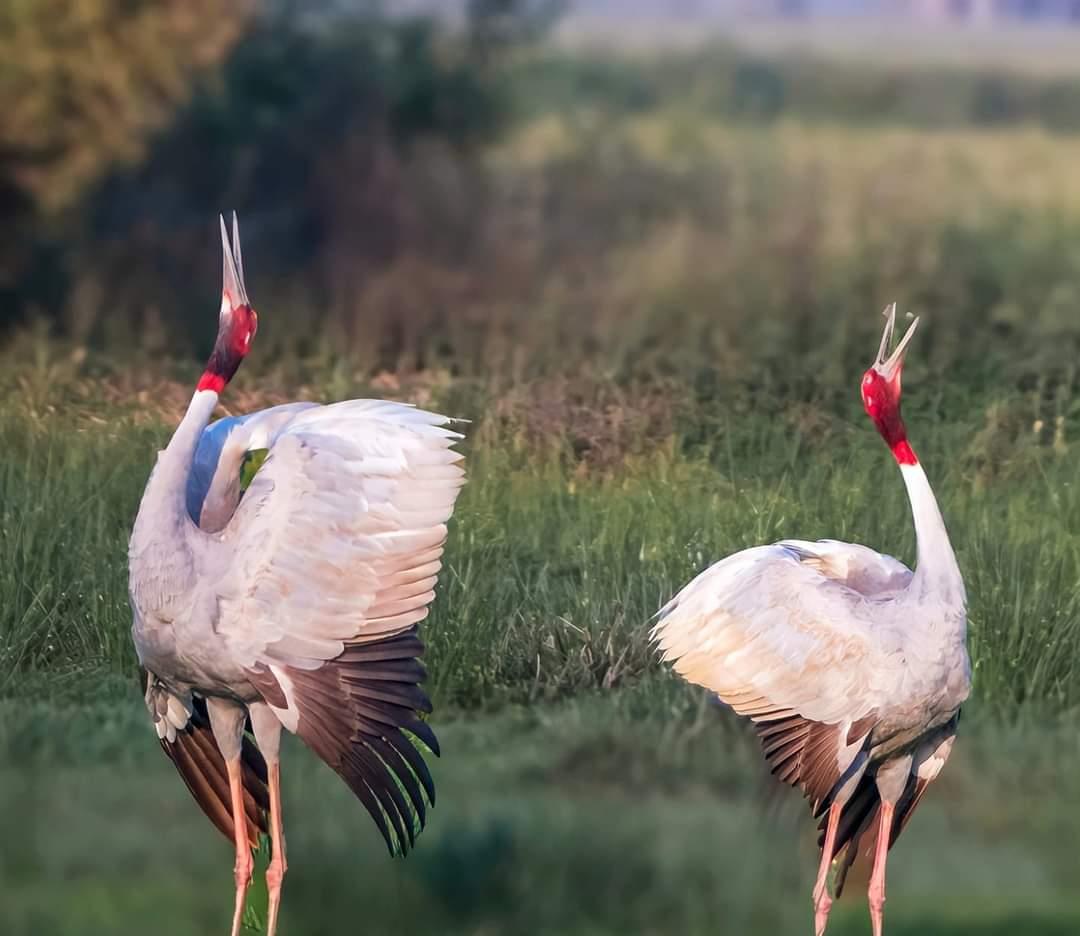 In what wildlife experts’ term as an extremely rare phenomenon, a pair of Sarus cranes has made Keshopur wetland its permanent home despite the fact that this species of birds is known to hop from one wetland to the other in a short span of time.

The cranes, said to be the world’s tallest flying feathered creatures, have been staying put at Keshopur for the last seven years.

The partner dies soon after the death of their mate. This happens due to the loss of appetite. Cranes are considered mates for life. They form long-lasting bonds and maintain territories within which they live. —Rajesh Mahajan, DFO

Officials take special care of them as it is a well documented fact that if one of them dies, his or her partner will pine the loss of the mate to the point of starving to death.

“The partner dies soon after the death of the mate. This happens following loss of appetite. The cranes are considered mates for life. They form long-lasting bonds and maintain territories within which they live. Here, too, the pair has chalked out a territory which they never leave,” said Divisional Forest Officer (DFO) Rajesh Mahajan.

“Their long stay has been possible because of the favourable conditions created by us. The pair has also produced an offspring, the gender of which will be known after a few weeks. Two decades ago, the Sarus crane was almost extinct in Punjab. However, over the years we have

striven to give the species a comfortable habitat and have also kept human predators at bay,” said the DFO.

A wildlife official claimed they had to work doubly hard to make sure the humans did not infiltrate into their territories making the cranes feel safe. “In other words we have given them protection from predators,” he said.

Sukhdeep Singh Bajwa, honorary wildlife warden, says the Sarus cranes have several interesting features which have made them an ornithologist’s delight.

“They savour both plant and animal food. They use their long beaks to penetrate the mud and dine on a meal of snails, insects, fish, aquatic plants and seeds. If their usual cuisine is not available, they will attempt to kill larger prey such as turtles and snakes. They are, surprisingly for their size, fast runners and can cover long distances in a short period of time,” he said.