‘Sorry to say this, suddenly these cases are coming up before elections and everybody has reasons to suspect some motives...’, a Bench led by CJI NV Ramana tells P Chidambaram, representing Punjab 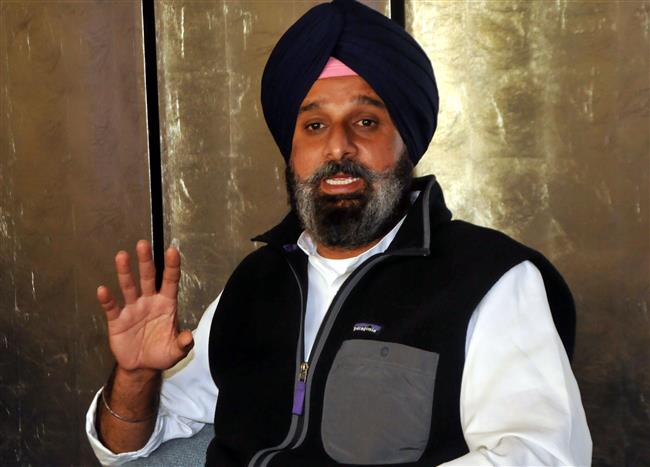 In a major relief to SAD leader Bikram Singh Majithia, The Supreme Court on Monday gave him protection from arrest till February 23 in a criminal case under the Narcotic Drugs and Psychotropic Substances Act, 1985, in view of the February 20 assembly polls in Punjab.

A Bench led by CJI NV Ramana—which had earlier restrained the State of Punjab from taking any coercive action against Majithia till January 31—asked the SAD leader to surrender before the trial court on February 23. It directed the trial court to decide his bail plea expeditiously.

The top court wondered how several criminal cases were suddenly coming out on the eve of the assembly elections in Punjab. It also talked about a case registered against Simarjit Singh Bains that has landed in the top court.

”Sorry to say this, suddenly these cases are coming up before elections and everybody has reasons to suspect some motives... We are in a democracy…We are not saying hold your hands and not control drug mafias. But let the elections take place on February 20…At least allow the candidates to file nominations and contest elections”, a Bench led by CJI NV Ramana told senior counsel P Chidambaram, representing the Punjab Government.

The court’s observation came after Chidambaram described it as a gross case of international drug trafficking that required custodial interrogation of the accused.

“Punjab is sinking under drug trial…We have to send across a message that drug trafficking will not be taken lightly. Else, the future of Punjab youth is damned…I am not saying he should be thrown into a dark hole. But custodial interrogation is needed,” Chidambaram told the Bench, denying any political motive.

”Mr. Chidambaram, please advise your state that it should not look like you are taking motivated actions,” the CJI said adding that a bail plea of another political leader from Punjab would come up for hearing on Tuesday.

“I know political vendetta exists…but as far as this matter is concerned, this was under the monitoring of the high court for long.  But the investigation got delayed when the other party was in power till 2017…With respect to other matters, I will advise the government not to take any vindictive action, Chidambaram told the Bench.”

Earlier, senior counsel Mukul Rohatgi, representing Majithia, termed it a “classic case of political vendetta” as the FIR was registered on December 20 last year on the directions of the acting DGP with respect to offences during 2004-2015.

“I don’t know if this is election fever or election virus. Everyone is rushing to the court now… Is this fair, Mr Chidambaram?” the CJI had asked last week.

Apprehending his arrest in connection with a case under the Narcotic Drugs and Psychotropic Substances Act registered at Mohali on December 20, 2021, Majithia had moved the Supreme Court challenging the Punjab and Haryana High Court’s January 24 order rejecting his anticipatory bail plea. The HC had, however, granted him protection from coercive action for three days to enable him to approach the Supreme Court.

”The present case is blatantly political in nature and has been registered with a mala fide objective to target the petitioner, who is a mainstream leader of opposition party, one month prior to polls in the State,” Majithia had submitted.