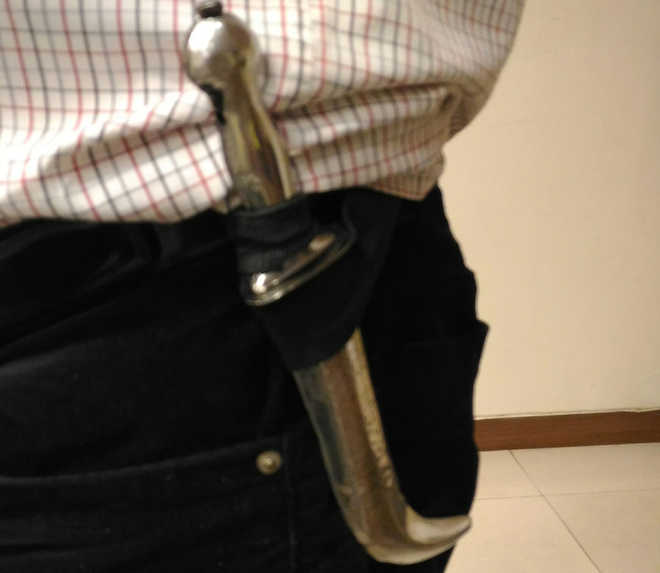 The Supreme Court on Friday refused to entertain a petition seeking a ban on Sikh passengers carrying kirpan on domestic flights operating from domestic terminals.

A Bench led by Justice Abdul Nazeer, however, granted liberty to petitioner Hindu Sena to approach the high court concerned.

The Hindu Sena contended that it violated the fundamental right to life and personal liberty of individuals guaranteed under Article 21 of the Constitution. In March, Aviation security regulator BCAS had allowed Sikh aviation sector employees to carry kirpan on a person within the airport premises.

On March 4, 2020, the BCAS allowed Sikh passengers to carry kirpan with the exception that this shall be for Sikh passengers only and, no stakeholder or its employee at the airport (including Sikh) and working in any terminal, domestic or international, shall be allowed to carry kirpan on the person. But on March 12, the BCAS removed the exception and allowed its Sikh employees to carry kirpan. The petitioner had sought a direction to restrain any article in the airport on the basis of religion that may pose a potential threat to the flight.

The petitioner claimed that the said order was issued in a discriminatory manner and the respondents acted like anti-secular and allowed members of the Sikh community to carry kirpan at their person not only at the airports but also in the flight cabin on domestic flights. It had sought appropriate direction to the respondents to rectify the anomaly in the said order of the respondents.