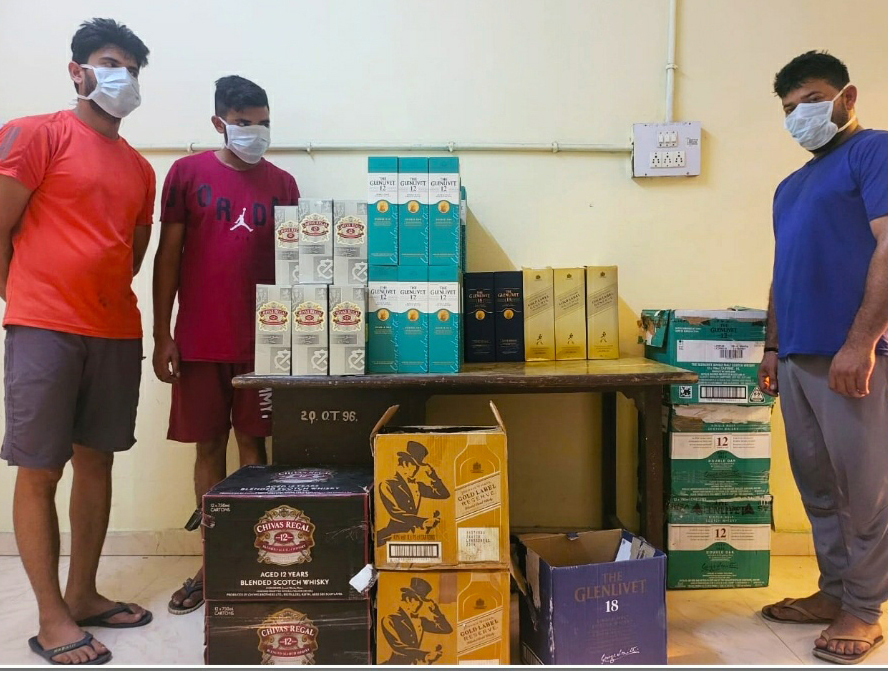 Whether it is Gold Label Reserve, Chivas Regal or Glenfiddich, name any expensive scotch and you have it, all made in Madanpur (Mohali)!

A team of the state Excise Department and Fatehgarh Sahib police busted a module of liquor smugglers involved in filling cheap liquor in bottles of expensive scotch brands. Four members of the gang were arrested with fake liquor, including four cases of Chivas Regal, four of Glenlivet and two of Gold Label Reserve.

Excise Commissioner Varun Roojam said the accused admitted that they used to buy empty scotch bottles from scrap dealers in Mohali and Ludhiana. “The police are on the pursuit of such dealers,” he said.

The accused revealed they smuggled cheap liquor from Chandigarh for filling it in scotch bottles for further sale.

Joint Excise Commissioner Naresh Dubey said following a tip-off, two cars were intercepted near Khamano and four members of the gang were arrested. They were identified as KundanVisht of Kajheri, Chandigarh; Harshwardan of Ambala, Pardeep Singh of Narayangarh in Jind and Jasmin Kaur of Sangrur. Later in another raid at the residence of Pardeep and Jasmin in Madanpur, cops seized several cases of cheap liquor and empty scotch bottles.