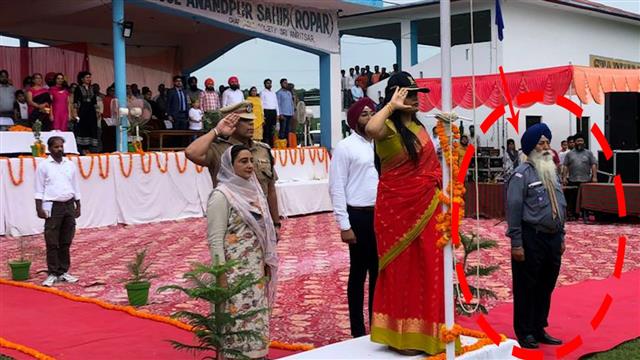 A scout commissioner Harjit Singh Achint (74) suffered cardiac arrest during Independence Day function here yesterday. Local SDM Manisha Rana was chief guest on the occasion. He was taken to the local civil hospital where he was declared brought dead.

Master Achint, a former SAD circle president, used to make preparations for unfurling the Tricolour at Independence Day as well as Republic Day for the last 40 years in the town.

Immediately after the chief guest hoisted the Tricolor at the function organised at SGS Khalsa Senior Secondary School, Achint standing near the flag fell down following which he was taken to hospital.

Former Anandpur Sahib MP Prem Singh Chandumajra, who reached to console the bereaved family, alleged insensitivity on the part of district administration in this regard. Chandumajra said though Master Achint had volunteered for making preparations for unfurling Tricolour on days of national importance for last 40 years, the Anandpur Sahib SDM didn't spare few minutes to express condolences in this regard even as he died before her eyes during the function. “I have written a letter to Punjab Chief Minister Bhagwant Mann bringing the incident to his notice,” he said.

SDM Manisha Rana, however, denied the allegations, She said that she could not visit the bereaved family as she was busy in Independence Day function and opening of Mohalla clinic. District Public Relations Officer along with tehsildar and even local MLA and cabinet minister Harjot Singh Bains met the bereaved relatives at their home, she added.