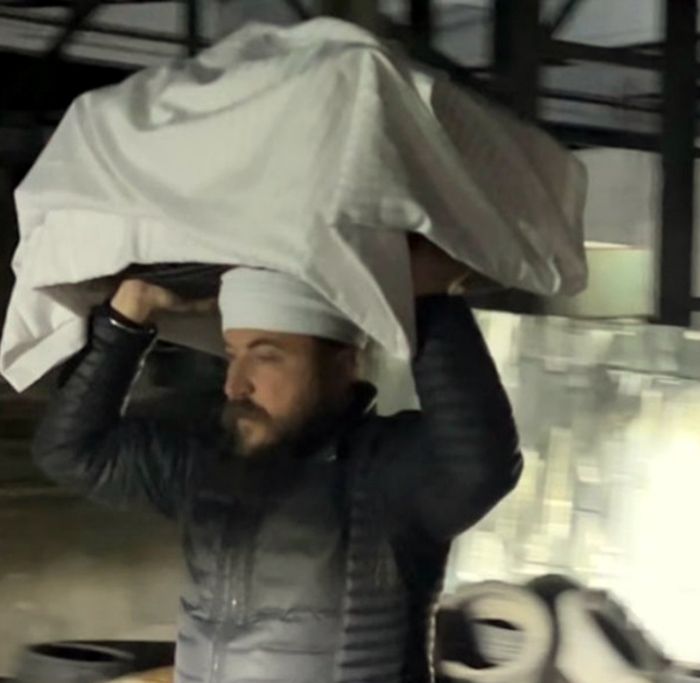 A volunteer of the Sikh Dharma International carries a scripture brought from Ukraine.

Members of the Sikh Dharma International, United Sikhs and Sikh Defence Network, UK, with the assistance of Ukrainians, have shifted Sikh religious scriptures from war-torn Ukraine to England.

As per the Sikh ‘Rehat Maryada’, the scriptures were brought to the UK and housed in the National Sikh Museum in Derby (England).

Talking to The Tribune, Simran Singh, a representative of the Sikh Dharma International, said they learnt from acquaintances in Ukraine that the scriptures were no longer safe at a gurdwara situated in Odessa, a port city, which had come under heavy attack from Russian forces.

So representatives of various Sikh organisations jointly formed a team to retrieve the religious literature from the gurdwara. The scriptures included sets of Senchis, published in Hindi and Gurmukhi, over 30 ‘gutkas’ of Gurbani and other religious literature.

Reaching the war-torn nation was not easy for Simran and other members of his group, who first reached Romania. From there they went to Moldova and with the help of some Ukrainians salvaged these religious texts.

He claimed they heard loud explosions near the place during their stay in Odessa. They had also taken along food, medicine and warm clothes for the stranded Ukrainians, which they distributed among them.

He said Russia’s invasion of Ukraine had caused great devastation. Most of the women, children and the elderly from different cities of Ukraine have already fled the country to safer places.