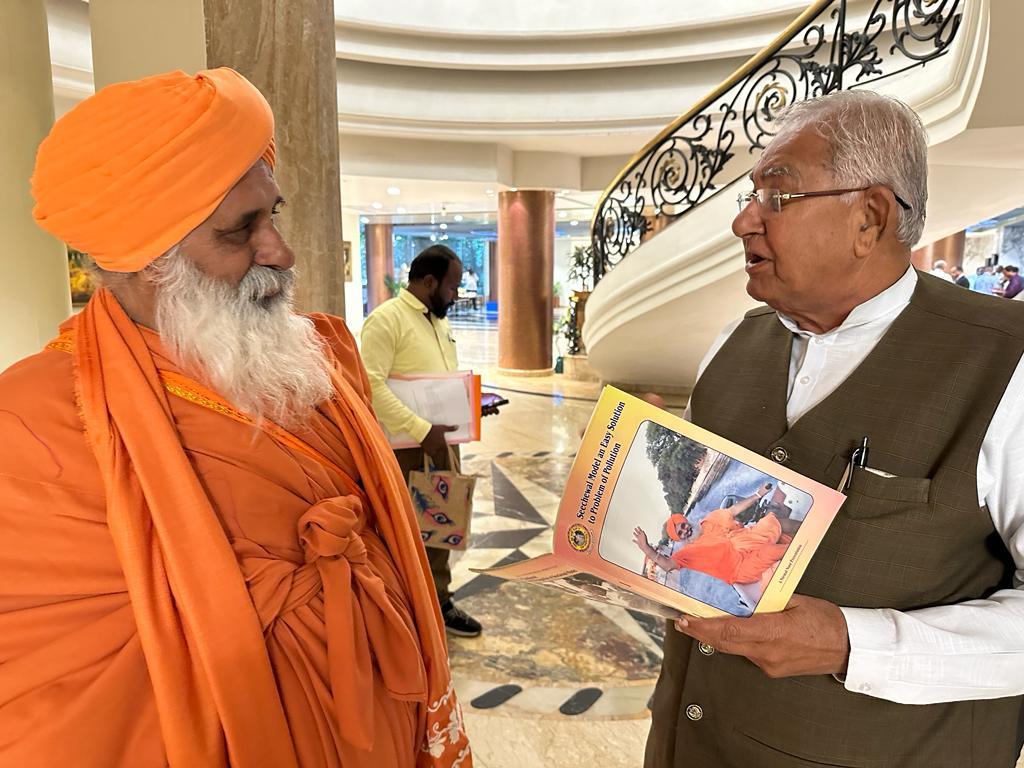 Rajya Sabha MP and environmentalist Balbir Singh Seechewal has invited the Chairperson of the Parliamentary Standing Committee on Water Resources to visit Punjab, along with all members, to study the polluted water in Punjab.

Seechewal’s invitation comes amid farmers of the state already engaged in a long-drawn battle with the state government over Punjab’s deteriorating environment and water crisis.

Seechewal met the committee Chairperson, Parbatbhai Savabhai Patel. Seechewal, is also a member of this parliamentary committee. During the meeting, he told Patel that toxic water from cities and factories was draining into rivers and streams of Punjab due to which people in Malwa and parts of Rajasthan were suffering from cancer. He appealed to Patel to bring all committee members to Punjab so that they could study the increasing dirty and toxic water in the state.

He demanded that the parliamentary committee prepare a detailed report on drying up rivers and groundwater of Punjab during this visit and send it to the Central Water Resources Department and place the report in Parliament.