Selection of 1,091 assistant profs in Punjab set aside by High Court : The Tribune India 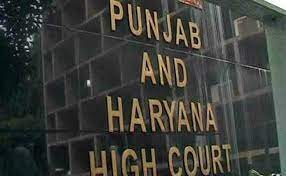 The Punjab and Haryana High Court today set aside the selection of 1,091 assistant professors in state-run colleges across Punjab. The process to fill the vacant posts on a regular basis in the government colleges was carried out after almost 21 years. Among other things, it was contended by the petitioners that undue hurriedness and callousness were apparent as the process was hurriedly concluded by an outgoing government for political gains. Justice Mahabir Singh Sindhu of the High Court pronounced the order in the open court, while allowing a bunch of petitions filed by Dr Sangeet Kumar and other petitioners. The detailed judgment was not yet available. In one of the petitions, directions were sought for quashing a clause in the public notification/advertisement, dated October 19, 2021. Directions were also sought for quashing a short notice for filling the vacant posts on the basis of a “written test only”. The action, it was contended, was in derogation to the UGC regulations “providing statutory criteria for selection/weightage”.

It was also argued that all principles of fairness and genuineness had been violated to hurriedly conclude the selection process in a last-ditch effort to “make political gains by sacrificing the paramount public interest as well as interest of aspiring genuine candidates like the petitioner”.

It was further argued that the posts were to be filled through the Punjab Public Service Commission, to whom a demand had already been sent. “However, in a last moment hurry, without even formal withdrawal of posts from the PPSC’s purview, the selections are being rushed in a complete mockery”.

The questions before the Bench for adjudication, among others, were whether the respondents’ action in basing the selection solely on the written test by ignoring the academic achievements altogether was patently defective and in contravention of the UGC regulations and whether the only reason selection was being conducted in undue hurry, bypassing the basic canons of justice and reasonableness, was “unholy march for quick political gains by the outgoing government”

The petitioners were, among others, represented by senior advocate Gurminder Singh and counsel Sameer Sachdeva and Vikas Chatrath. — TNS