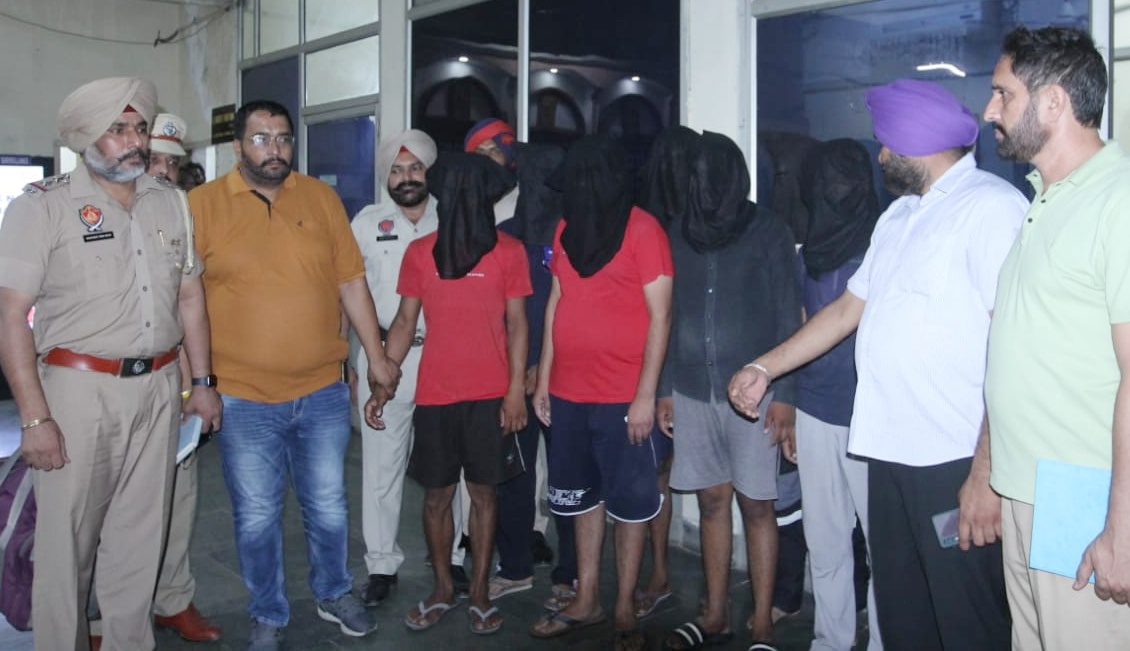 The suspects in the custody of the Ludhiana police on Thursday.

Two weeks ago, members of the gang had fired at Ludhiana-based businessman Ajay Kumar on the directions of Sukha. After the incident, Sukha had also called up the uncle of Ajay from Canada and intimidated him by stating that his shooters had fired at Ajay just to “show a trailer” and if Rs 3 crore was not paid, they would kill Ajay.

JCP (City) Narinder Bhargav said, “Initially, the businessman did not complain about the extortion call and paid Rs 4 lakh.”

“When we were probing the firing incident, the role of these persons surfaced. After being rounded up, they admitted to be members of the Sukha Duneke gang and revealed about the Rs 3 crore extortion call made to the businessman,” said the Police Commissioner.

The JCP added that Sukha had allegedly been making extortion calls to traders across the state. “Sukha is facing 13 cases in Punjab. We are probing the matter to inquire about the extortion calls made by Sukha and the money received by gangsters on his behalf,” said Bhargav.