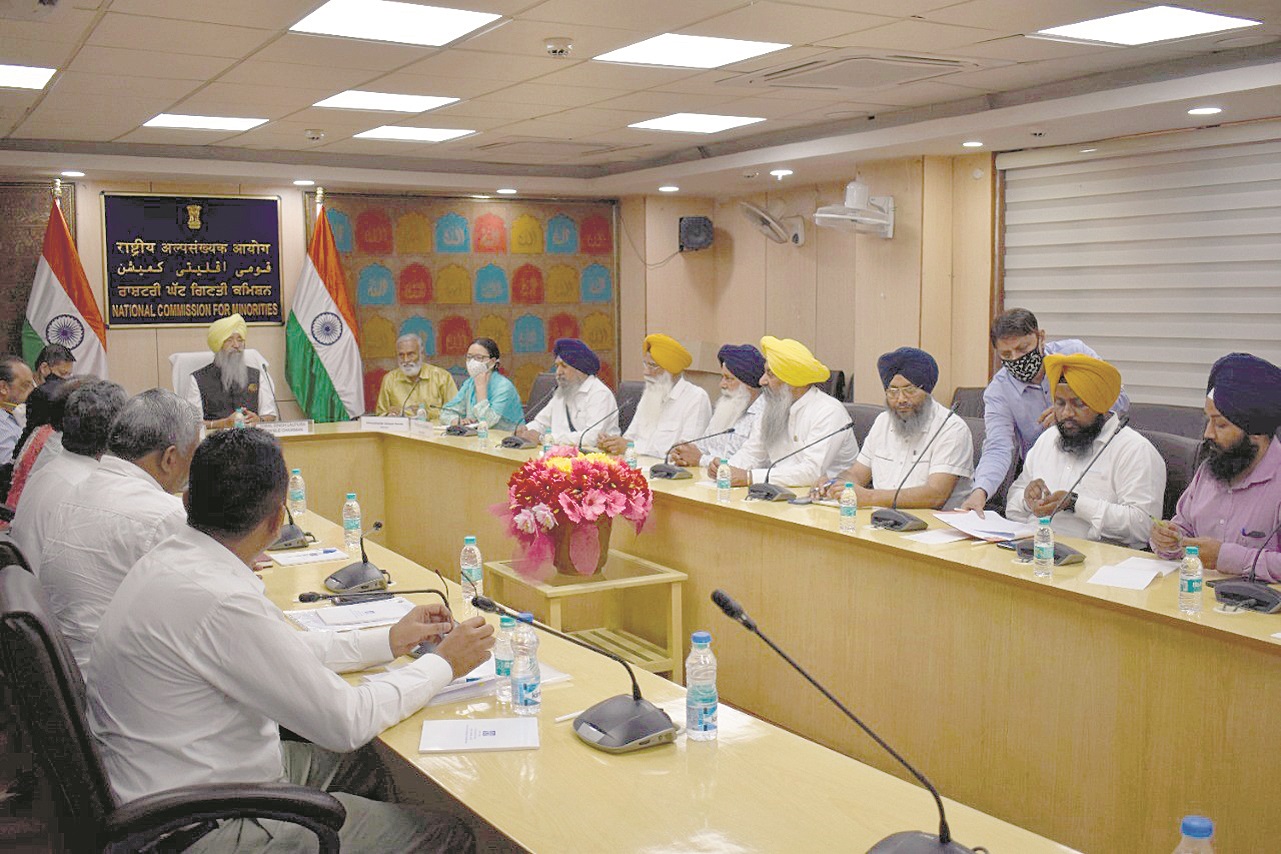 An SGPC delegation holds meet with the NCM Chairman in New Delhi.

A high-level SGPC delegation today took up various issues of the Sikh community with the National Commission for Minorities (NCM) in New Delhi.

The delegation also raised the demand of giving ‘self-determination’ to the community by amending Article 25-B of the Constitution.

In a meeting with NCM Chairman Iqbal Singh Lalpura, SGPC general secretary Karnail Singh Panjoli said the issue of conversion of Sikhs by fraudulent means, false promises and allurement in and outside Punjab was raised.

“The NCM Chairman had also called representatives of the Christian community. In a cordial atmosphere, they said they never recognise the forcible and deceitful conversion and were against it,” he said. The delegation sought the NCM’s intervention to secure minority status for the Sikhs living in J&K.