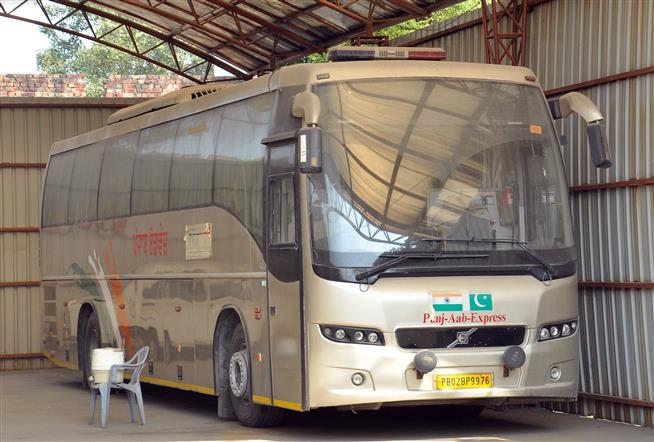 The Shiromani Gurdwara Parbandhak Committee (SGPC) has urged the India and Pakistan governments to resume the bus and train services between the two neighbouring nations for the convenience of pilgrims on either side of the border. The General House of the Sikh body has passed a resolution in this regard.

SGPC president Harjinder Singh Dhami said besides the revival of bus and train services, we want an additional visa centre at Amritsar on the lines of New Delhi and on arrival visa facility for the pilgrims, who cross through Attari-Wagah land route.

Akal Takht officiating Jathedar, Giani Harpreet Singh, during his address at Gurdwara Sri Nankana Sahib, had also demanded the resumption of India-Pakistan train service before the Pakistan Sikh Gurdwara Parbandhak Committee (PSGPC) and the Evacuee Trust Property Board (ETPB) to take up the matter at appropriate Pak authorities.

As fallout of India’s move to revoke Article 370 in J&K, Pakistan had snapped all cross-border road and rail links. Since August 10, 2019, the services of Indian bus “Punj Aab” (named after five rivers in Punjab) and Pakistan’s “Dosti” (friendship) were suspended. Similarly, the “Samjhauta Express” (Indian train) and the Thar Express (Pakistan train) went off-track due to strained bilateral relations.

The “Punj Aab” bus service was flagged off in 2006 by the then PM, Dr Manmohan Singh, as a confidence-building measure and to connect people from across the border.

Now, this bus that plied on the Amritsar-Lahore-Nankana Sahib route has been stationed at the International Bus Terminus, Amritsar, for the past three years. An official said the last tour of the bus was on August 10, 2019, when the Pakistan authorities had intercepted the bus and told the driver not to come again.