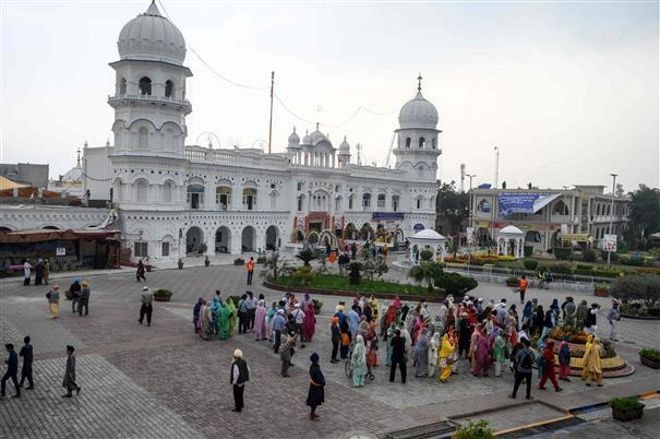 Tension prevailed at Sri Nankana Sahib, the birth place of Guru Nanak Dev in Pakistan, after a group of men belonging to the land mafia allegedly attacked members of a prominent Sikh family, leaving them injured.

Taking cognisance of the incident, SGPC president Harjinder Singh Dhami said if a prominent Sikh family could be subjected to brutality, what security could the ordinary Sikhs expect in Pakistan?

The family of Mastan Singh and their relatives had for the past several years been cultivating wheat and paddy on 5.5 acres of leased land, 5 km from the shrine. The local land mafia, which had been eyeing this piece of prime land, attempted to forcibly occupy it, which was resisted by the victims.

‘No help from police, Fear for our safety’

We are not safe here. We have been fighting land grabbers for the past 10 years, but haven’t received help from the police. —Dilawar Singh, Son of PSGPC Ex-chief

Talking to The Tribune over the phone, Mastan, who headed the PSGPC from 2004-2006, said the incident occurred on April 19 when a group of men trespassed onto their fields. “We were busy in Baisakhi celebrations when we learnt about the incident. We hurried to the spot only to find our crop being damaged to lay the foundation of a mosque. When we resisted the move, we were attacked with batons,” he said.

The local Nankana Sahib administration has constituted a committee to look into the incident. The committee has, however, questioned the Evacuee Trust Property Board (ETPB), the parent body of the PSGPC. “The ETPB has been asked to submit a report by Sunday. We have been told the next course of action will be taken accordingly,” he said.

Dilawar said they feared for their safety. “We talked about ‘azadi’ (freedom)? Is this the freedom we have here? The land mafia can harm us and our properties without fear. We are not safe here. We have been fighting the land grabbers for the past 10 years, but haven’t been helped by the police,” he said.

The SGPC president has urged the Centre to take up the matter with the Pakistan Government and ensure the safety of Sikh minorities.

Meanwhile, heavy security has been deployed at Sri Nankana Sahib to avert a communal clash.