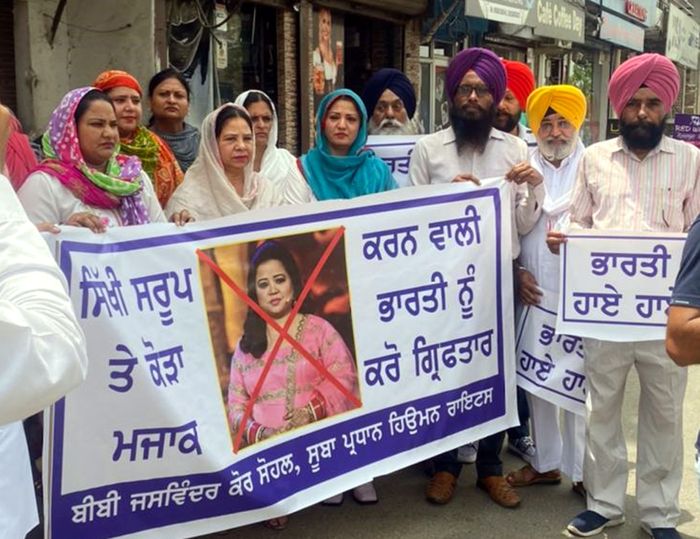 A protest in Amritsar. Tribune photo

Stand-up comedian Bharti Singh has been booked on the complaint of the SGPC for allegedly making fun of beard and moustache. While the comedian tendered an apology today, the remarks during a conversation in a recent TV programme had not gone down well with the SGPC, which lodged a complaint with the Amritsar Police Commissioner.

DCP Parminder Singh Bhandal said the FIR had been registered with the Kotwali police station on the basis of the SGPC complaint.

Several human rights and Sikh organisations, including the SAD’s women wing, staged a protest in Amritsar.

In a video message, Bharti acknowledged her comments were misinterpreted and misunderstood. Speaking in Punjabi, she clarified her joke had no reference to any particular religion or community.

The SGPC said while Bharti did not name the community, the beard and moustache came under the five ‘kakkars’ (Sikh religious symbols).