SGPC president offers support to girl, family; exhorts people to stick to religion they are born in

Alleges Patiala administration’s interference in matter of land in city 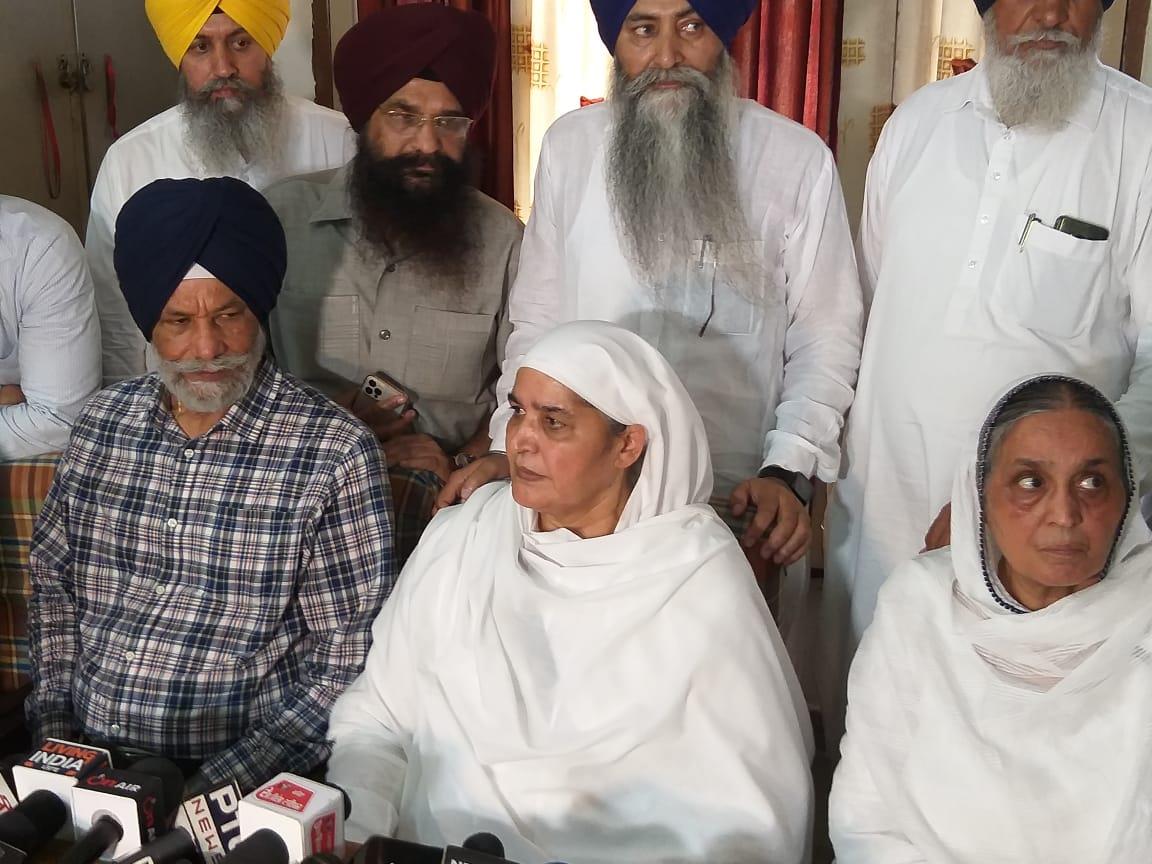 Shiromani Gurdwara Prabandhak Committee (SGPC) president Bibi Jagir Kaur on Monday expressed support for the family and the girl, who allegedly got forcibly converted to Islam in Kashmir, and advocated that people in the country should stick to the religion they are born in.

Jagir Kaur was speaking on the alleged forced conversion of a Sikh girl into Islam in Kashmir through marriage at a press conference here.

“As Sikhs, it is the family’s duty to educate and encourage their children to follow the Sikh way of life. Given that in a democracy one can practice their religion, no one should force anyone to convert. We as the SGPC can preach about the religion, but no one can force another to adhere to doctrines of a religion,” she said.

The controversy erupted in Kashmir after allegations were levelled that the girl was forcibly abducted and converted. Later, the matter reached the court which favoured the girl’s decision to convert.

Jagir Kaur said the family and relatives of the girl had approached the SGPC and also tried to convince the girl to convert back to Sikh religion. “The girl did not relent and as such we will not force anything on her. We offer her and her family all our support”, Jagir Kaur said.

Meanwhile, after visiting a property allegedly belonging to the Khalsa College trust near railway crossing 24 in Patiala, she alleged that the police and district administration, Patiala, were interfering in SGPC keeping hold onto its land.

She said the Khalsa College Trust has over 110 bighas of land there. The Mata Sahib Kaur Girls’ Khalsa College is constructed on 25 bighas of it, while some people have acquired a portion of the remaining land and started construction of plots. “The administration and police are interfering in it and are not allowing us to keep hold on it. We wish to keep hold of the remaining land”, she said and added she has also had a word with MP Preneet Kaur.

Residents of the village, meanwhile, said the trust land had been sold out by none other than members of the Khalsa college trust to private persons. Jagir Kaur said: “Those who have any documents of ownership should come and show us.”

Patiala SDM Charanjit Singh when contacted said the administration does not aim to interfere in the matter. “We are only maintaining law and order. Those who have the documents of ownership should show them to us.” He added that some members of the SGPC had approached his office.

“We told them to submit a complaint. We haven’t received any till now,” the SDM said.