SGPC to hold protests on August 13 for release of Sikh prisoners : The Tribune India 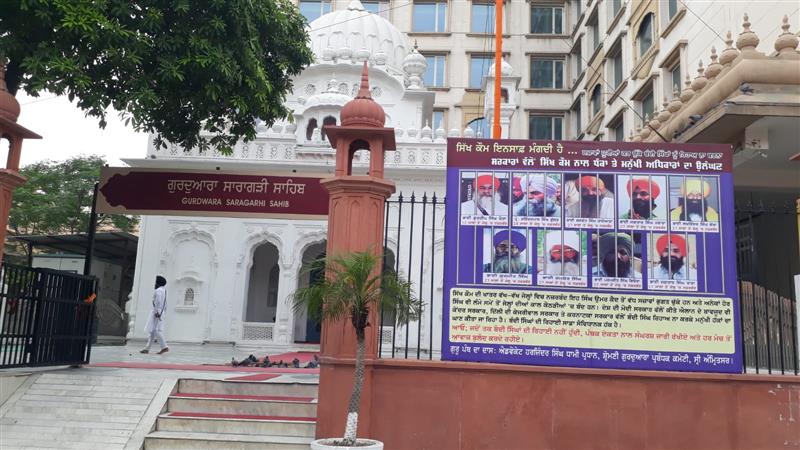 The Shiromani Gurdwara Parbandhak Committee on Wednesday said it will hold protests at district levels on August 13 and submit memorandums to deputy commissioners, seeking release of Sikh prisoners who have completed their terms.

The SGPC members and employees will also wear black turbans as part of the protest.

This decision was taken by the SGPC's executive committee in a meeting presided over by SGPC president Harjinder Singh Dhami here.

Dhami said the Sikhs made over 80 per cent sacrifices for the freedom of the country, but sadly they are being made to feel “alienated” for the last 75 years.

“An example of this discrimination with Sikhs is non-release of 'Bandi Singhs' who are jailed for the last three decades even after serving more than the life sentences.

The Constitution of the country gives equal rights to every citizen but the governments' attitude towards the Sikhs has remained negative. It is due to this anti-Sikh attitude that justice is not being given to Sikhs imprisoned for the last 30 years,” alleged Dhami.

He said on one hand the country is celebrating its 75th anniversary of Independence, while on the other, the Sikhs who made the country free, have to “struggle” for their basic rights.

“It is due to this discriminatory attitude of the governments that the SGPC has decided to hold protest across Punjab on August 13,” he said.