Even after over 90 years of his execution, Shaheed Bhagat Singh continues to remain a youth icon for generations. Inspired by his bravery and tale of sacrifice, a Shahkot youth has got a tattoo of The Tribune’s front page of March 25, 1931, edition, which announced the martyrdom of Bhagat Singh, Sukhdev and Rajguru inked on his left arm. 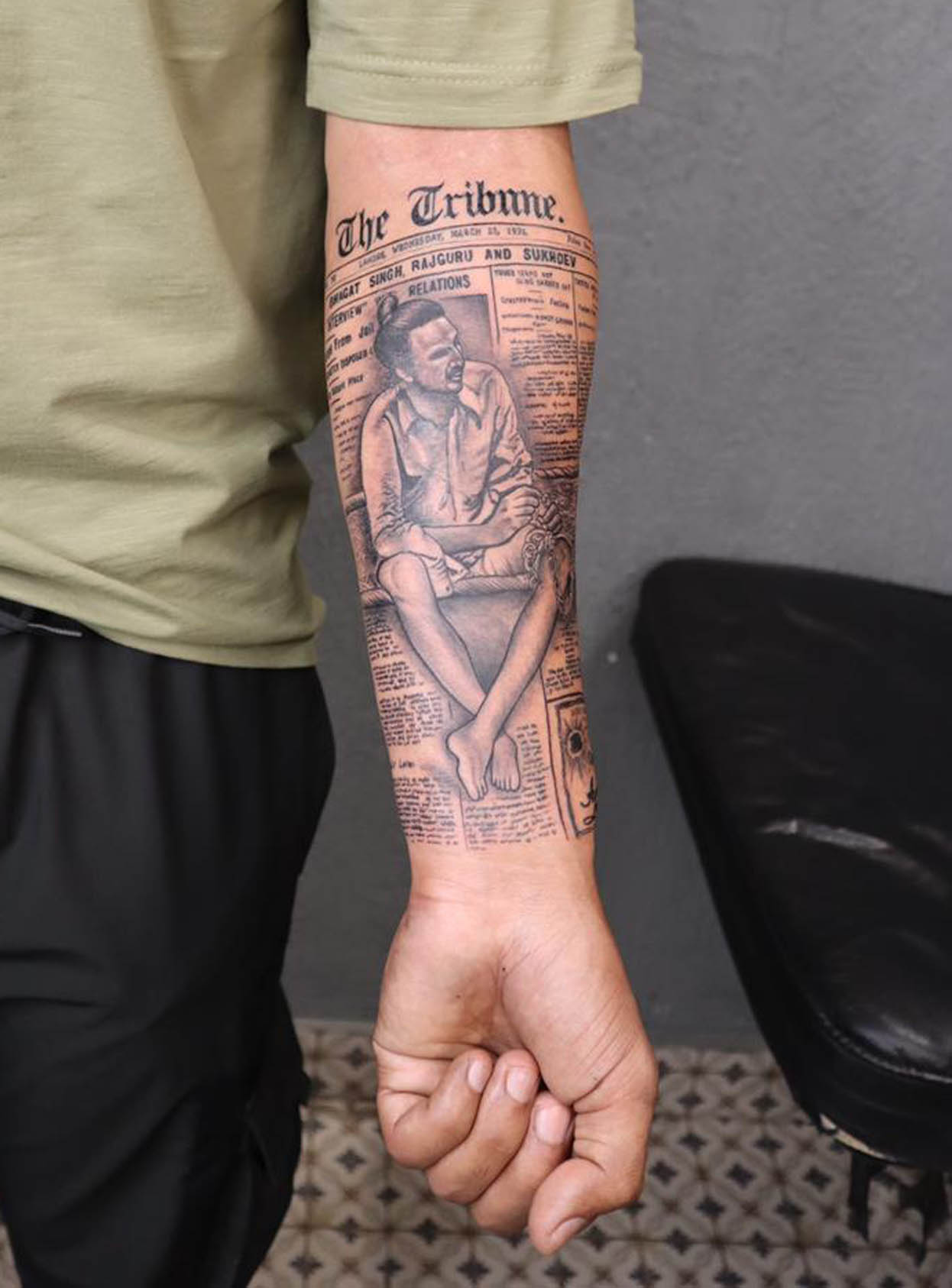 Talking about his tattoo, Rajanbir Singh (24), who owns a general store, said: “I have been a fan of Bhagat Singh since childhood. Being a strong follower of his ideology, I wanted to pay tribute to the freedom fighters who fought valiantly for Independence. I also want to ensure that our warriors are never forgotten, so there was no better option than to get Bhagat Singh’s picture tattooed on my arm.”

He said he’s also an avid reader of The Tribune and when he discussed this idea with his tattoo artist in Jalandhar, he showed him the March 25, 1931, edition of the paper. “The bold lines in the newspaper reads, ‘Bhagat Singh, Rajguru and Sukhdev executed, no last interview with relations, dead bodies secretly disposed of’ made me emotional and I decided to get the same page inked on my arms,” Rajanbir added.