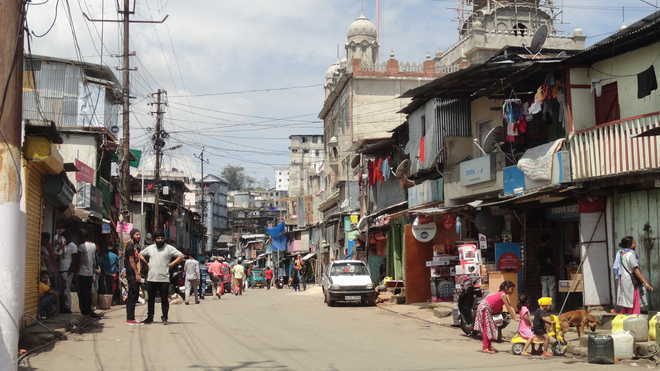 Fear has gripped residents of Shillong’s Harijan Colony following a move to hand over the area to the government of Meghalaya through the Khasi Hills Autonomous District Council (KHADC) which will pave the way for relocation of Dalit Sikhs living in the neighbourhood for several generations.

Confirming that an MoU was being prepared for the transfer of land of Harijan Colony to the state government by the local Syiem (tribal chief) through the KHADC, Titossrarwell Chyne, Chief Executive Member (CEM) of the KHADC said they would like to complete the formalities before the state Assembly begun its sittings on March 5 for the budget session.

“The Harijan Colony, which is also known as Panjabi Lane, is an extremely congested place located right at the heart of Shillong. It is also unhygienic and dirty. The residents need not fear. There is no question of using force to evict them. They will be relocated in a hygienic area,” Chyne, chief of the KHADC, told The Tribune over the phone from Shillong.

The high-level committee, headed by Deputy Chief Minister Prestone Tynsong, would call a meeting and give approval to the proposed MoU following which the parties involved will sign it, Chyne said. Land laws prevailing in Meghalaya did not give the state government or Shillong Municipal Board jurisdiction over Harijan Colony. This will change if the land is leased to the government.

Gurjit Singh, chief of the Harijan Colony Panchayat Committee, alleged the state was putting pressure on the incumbent Syiem for handing over tribal land to the government. Gurjit Singh said the plot was given to their ancestors in 1853. “We have evidence to prove that the then Syiem of Mylliem gave the plot to our ancestors who came with British troops as sweepers,” Gurjit Singh said.