Has been vocal against radicals, Pakistan 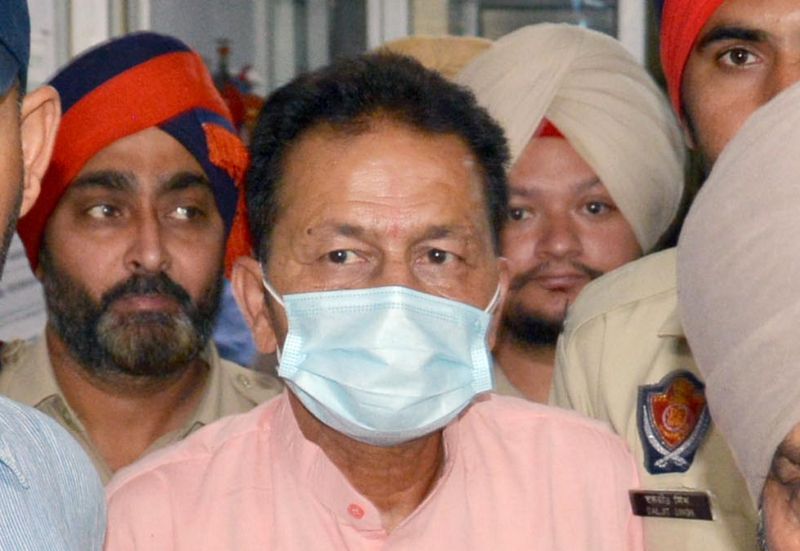 Shiv Sena’s Harish Singla, 56, arrested in connection with the Friday clash between two groups, is a right-wing Hindu leader and a cow vigilante.

Shiv Sena’s Harish Singla, 56, arrested in connection with the Friday clash between two groups, is a right-wing Hindu leader and a cow vigilante.

Singla, who started his political career as a Sena worker around 40 years ago after having been inspired by party founder Bal Thackeray, has in the past issued provocative statements against Khalistan sympathisers.

The Friday protest was not his first. In the past, he has held similar protests against Khalistan sympathisers and has been quite vocal against neighbouring Pakistan.

Singla, who enjoys ‘X’ category cover from the Union Government, is a property dealer by profession. He has realty offices each in Patiala and Mohali. Hailing from a humble background, Singla, purportedly owing to links with the previous Congress regime was provided with 10 Punjab Police security personnel and an escort vehicle. In fact, Singla, during the recent Assembly elections, had campaigned for the Congress candidate from Patiala Urban.

Singla’s family members say he has from the start of his political career been opposed to Sikh radicals. “While he is not against any religion, he has been fervently opposing Khalistan sympathisers, who he believes are disturbing peace in the state,” says one of the family members.