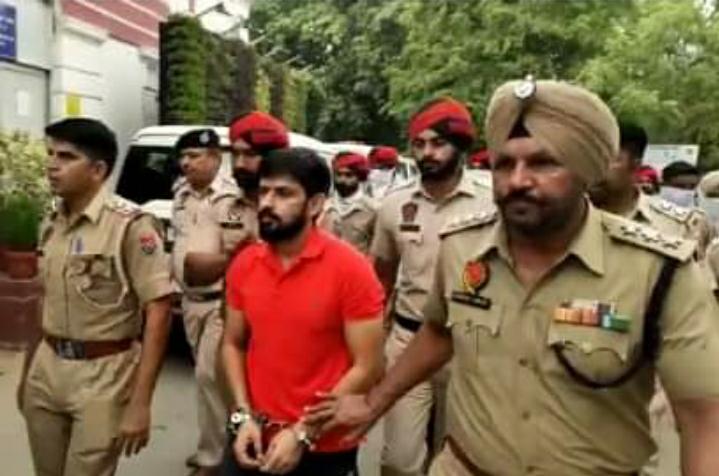 Jailed gangster Lawrence Bishnoi’s father on Monday moved the Supreme Court challenging various orders, including the transit remand order of a Delhi court, in the murder case of singer Sidhu Moosewala and also complained that lawyers in Punjab had boycotted his son and were not willing to represent him.

Advocate Sangram Singh Saron told a vacation bench of Justices Surya Kant and JB Pardiwala that they had challenged the orders of the Punjab and Haryana High Court and of a Delhi court granting transit remand but since no lawyer in the Mansa court in Punjab is taking up Bishnoi’s case, he had approached the top court.

The bench said this is “absolutely unjustified” and the petitioner could approach the high court to provide Bishnoi legal aid counsel.

“These legal aid counsel cannot refuse the case or they would be delisted from the panel,” the bench said, asking the counsel to approach the Punjab and Haryana High Court to provide them a legal aid counsel.

Saron submitted that he is challenging the order of the Delhi court for transit remand as it is contrary to certain directions passed by the top court on Bishnoi’s petition.

The bench said, “Since Punjab Police are investigating the case, it is at a very nascent stage. It would not be appropriate for this court to interfere at this stage.”

It noted the murder had taken place in Mansa, Punjab, and, therefore, it is the jurisdiction of Punjab Police to investigate the case and they can very well take him (Bishnoi) on remand. The bench agreed to hear the plea of Bishnoi's father on July 11.

On June 14, a Delhi court here had granted Punjab Police the transit remand of Bishnoi to take him to Punjab in the Moosewala killing case.

The court had passed the order as Punjab Police produced Bishnoi before it after formally arresting him in the case.

It had directed the state police to produce Bishnoi before the Chief Judicial Magistrate in Mansa court in connection with the case.

Punjab Police had said the killing of Moosewala seemed to be the result of an inter-gang rivalry and that the Bishnoi gang was involved.

Moosewala was shot dead on May 29 by assailants in Punjab's Mansa district, a day after the state government curtailed his security cover.