SSP said different police teams, including the cyber cell, were involved in the investigation

The Punjab police on Wednesday said it will question jailed gangster Lawrence Bishnoi after bringing him to the state in connection with the murder of Punjabi singer Sidhu Moosewala.

According to the police, Bishnoi's gang was behind the killing. At present, Bishnoi is in custody of the Delhi Police's Special Cell in a case under the Arms Act and other sections related to assault on a public servant.

Talking to reporters in Mansa on Wednesday, Senior Superintendent of Police Gaurav Toora said the police have got important leads and they are working on it. On whether Mansa police will bring Bishnoi on remand, the SSP said, "Definitely. We have information that the Delhi Police has taken the remand of Bishnoi. After that we will make him join the investigation in this case as per the law."

The Punjab Police has described Moosewala's murder as a case of an inter-gang rivalry. Canada-based Goldy Brar, who is a member of the Bishnoi gang, has claimed responsibility of the murder.

SSP Toora further said the police have traced the route the criminals involved in the murder took. "From where they came, how they conducted a recce and how they escaped – we have cleared this all," he said.

He said different police teams, including the cyber cell, were involved in the investigation. "We have got important leads and we are working on that," he added.

Referring to the murder, the SSP said it was the work of organised criminals and gangsters. He said two gangsters were brought here on production warrants from prisons.

One person has already been arrested in this case, he said. "They are being questioned," the SSP added.

The police on Tuesday said they had arrested Manpreet Singh in the Moosewala murder case. Singh has been accused of supplying vehicles to the assailants who were involved in the killing.

Singer Mankirat Aulakh's old post where he performed a show in Ropar jail in 2014 is doing the rounds on social media. In the post, he acknowledges friendship with jailed gangster Lawrence Bishnoi and Vicky Middukhera, who was murdred last year.

Mother of Manpreet Singh, who was arrested by police from Dehradun in Sidhu Moosewala murder case, claimed that her son was innocent. Baljit Kaur said her son had gone to Hemkunt Sahib five days back with his friends and they were rounded up by the police. "While others were let off by the police, my son was arrested," she said. Manpreet Singh, a resident of Dhapai village in Faridkot, is facing ten criminal cases, including attempt to murder, at different police stations in the state. 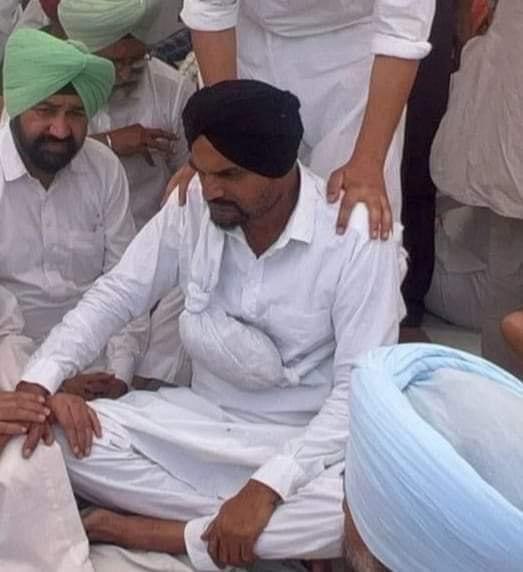 Sardulgarh AAP MLA Gurpreet Banawala met Sidhu Moosewala’s cousin Gurpreet Singh and neighbour Gurwinder Singh, who got injured during the attack in which Sidhu Moosewala was killed at Jahawarke village on Sunday evening. The two are presently undergoing treatment at DMC Ludhiana. 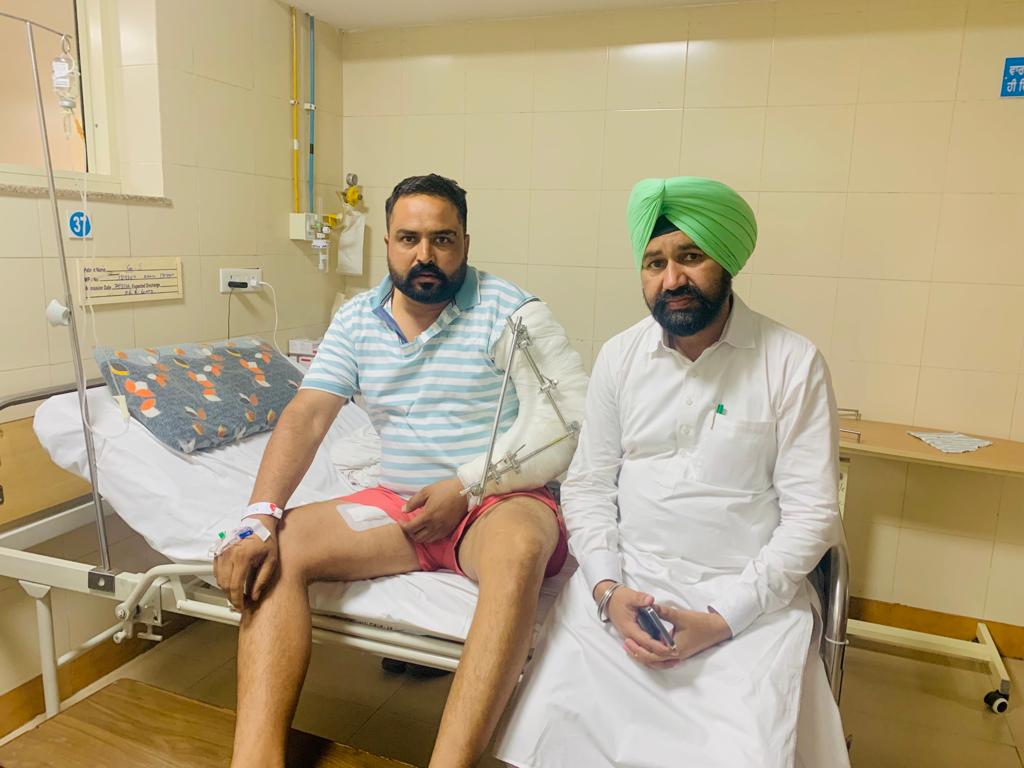 Sidhu Moosewala’s bhog will be held on June 8 (Wednesday). He was shot dead at Jahawarke village of Mansa district on June 29 (Sunday).

Alleged gangster Lawrence Bishnoi, who is suspected to be involved in Punjabi singer Sidhu Moosewala's killing, today moved the Punjab and Haryana High Court after withdrawing his earlier petition filed before the Delhi High Court. Bishnoi was apprehending ‘fake encounter’ by the Punjab Police.

The Delhi-based Neeraj Bawana gang has threatened to launch a retaliatory attack in the wake of Sidhu Moosewala's broad day light murder in Punjab. In a Facebook story that is doing rounds on social media, the gang has vowed to deliver results in just two days. The message was uploaded by a Facebook profile named 'Neeraj Bawana Delhi NCR'."Jai Baba ki. Got the tragic news. Sidhu Moosewala was our brother from heart. WIll deliver results in 2 days," read the FB post.

13:43 01 Jun
Salman's security beefed up in the wake of Moosewala's murder

Bollywood superstar Salman Khan's security has been stepped up following the murder of Punjabi singer and rapper Sidhu Moosewala. As per a media report, the strengthening of security comes after gangster Lawrence Bishnoi, who is currently lodged in Tihar jail, has emerged as the key accused in Moosewala's murder.

Jailed gangster Lawrence Bishnoi, who is suspected to be involved in Punjabi singer Sidhu Moosewala's killing, on Wednesday withdrew from the Delhi High Court his plea in which he had sought necessary safeguards as he apprehended a "fake encounter" by the Punjab Police.

SP said we have got some vital leads in the case. He said it is learnt that Delhi Police have taken Lawrence Bishnoi on remand, Mansa police will also make him join the probe in this case as per law.

The SP said it is a work of organised criminals and gangsters. Probe is going fast, we have taken two persons lodged in jails in production warrant and one accused have been arrested. All three have been taken on police remand and we are interrogating them.

Many teams, including technical and cyber crime are working on various angles.

The SP said: “We have got input about the route on which the culprits came and escape after the crime. We also have information on how they did a recce of the area before committing this crime.”

AAP Sardulgarh MLA Gurpreet Singh Banawala said: “CM Bhagwant Mann has spoken with the father of Sidhu Moosewala." He said that the CM was in touch with the family and he has ensured that culprits will not be spared and would be behind the bars soon.