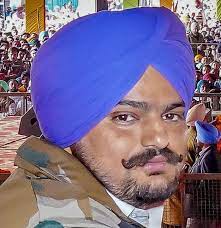 Balkaur Singh, father of Punjabi singer Shubhdeep Singh, popularly known as Sidhu Moosewala, today alleged his son’s fellow artistes were behind his murder and were the “real killers”. He said he would reveal their names at a suitable time.

Addressing the fans of Moosewala at Musa village, Balkaur said the singer’s fellow artistes could not tolerate the fame that Shubhadeep had gained all over the world at a young age. They continued to present his songs to the gangsters in a wrong way, he claimed, adding that they misled them by connecting many things with the gangsters.