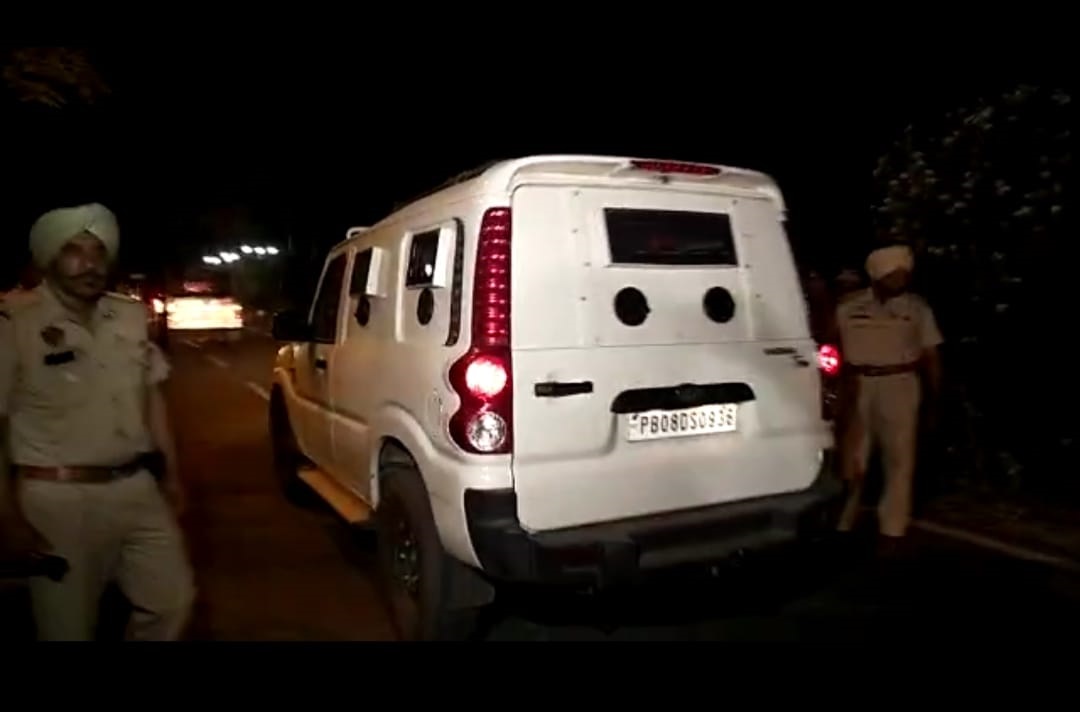 Cops guard the car in which Lawrence Bishnoi was taken to a Mansa court. Tribune photo

In an unprecedented development, the Judicial Magistrate First Class (duty magistrate) held a rare predawn hearing at 4.40 am to take up the gangster Lawrence Bishnoi matter in the Sidhu Moosewala murder case at the district court complex in Mansa on Wednesday.

This is perhaps the first time that a Mansa court has opened in the wee hours. The court normally functions from 9 am to 5 pm and after that, arrested accused are presented at the camp office of the duty magistrate. Late-night or early-morning hearings are seldom held by judges. Even during terrorism, the court had never been convened at odd hours.

A team of the Punjab Police, which brought Bishnoi to Mansa from Delhi on a transit remand, presented the gangster in the court at 4.40 am after conducting his medical at the Civil Hospital.

Earlier, it was learnt Bishnoi would be presented in court at 10 am, but not taking any chances due to security reasons, the cops presented Bishnoi in court in the wee hours and took him to Kharar soon after they got his remand.

There was hectic activity in Mansa post midnight as cops in large numbers were deployed at the court complex and hospital. Even health staff were kept waiting to conduct his check-up in the wee hours.

Cops were up all night even as senior officers along with IO in the case, SP Dharamvir Singh, remained busy at the Patiala House Court on Tuesday to bring the gangster to Mansa safely and complete the formalities for his transit.

As per information, cops at Mansa had to change the bulletproof vehicle in which Bishnoi was transferred from Delhi. After official procedure, Bishnoi was taken to Kharar in a separate vehicle.

The bulletproof vehicle in which the gangster was brought from Delhi broke down in Mansa. He was shifted to a second bulletproof vehicle, which was part of the convoy, as commandos cordoned off the area. The vehicle was fixed and sent to Chandigarh after two hours.