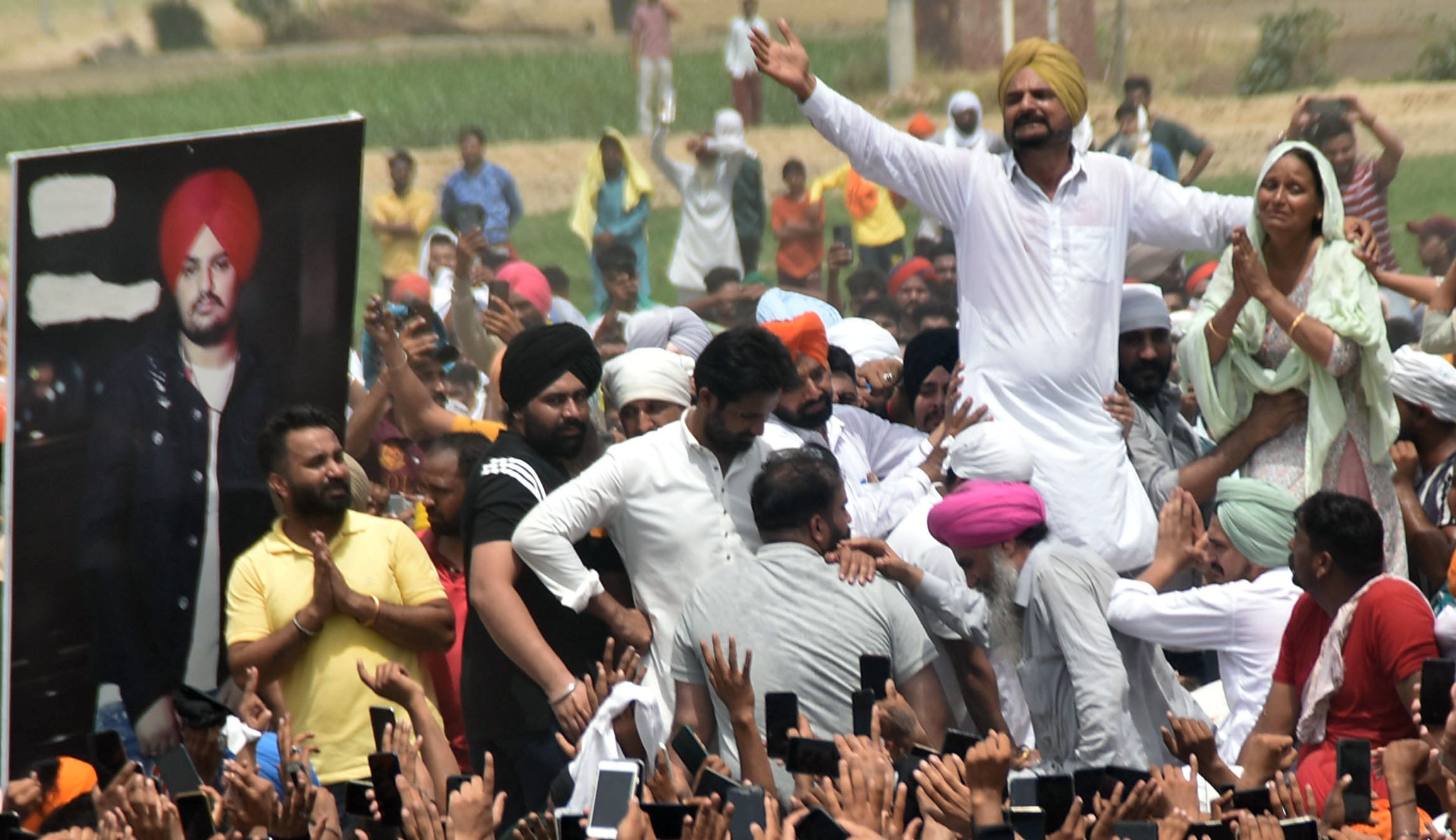 Father and mother of Sidhu Moosewala during the cremation at Moosa village in Mansa on Tuesday. Tribune photo: Pawan Sharma

The Punjab police on Tuesday made an arrest in connection with the Sidhu Moosewala murder case and brought two gangsters on production warrant from Bathinda and Ferozepur jails.

Manpreet Singh, also known as Manna Dhaipei, from Dhaipei village was among the five persons rounded up from Dehradun.

Police sources claim Manna Dhaipei had provided logistic support to the attackers in Sidhu Moosewala murder case. He is the one who provided both the cars — Corolla and Bolero.

He was classified as the only “person of interest” among the five detained from Dehradun.

The two other gangsters have been brought from Bathinda and Ferozepur jails, said a senior police officer.

Police official said the two gangster were brought on intelligence input that they were using phones and could be involved with the Lawrence Bishnoi gang.

Manna had a history of links with gangsters though he was not booked in any heinous crime.

His village Dhaipei is close to Burj Jawahar Ke where Moosewala was shot.

Sources say one of the gangsters is named Manna Sandhu Talwandi. He was brought from Ferozepur jail. He was booked in July 2021 for the murder of gangster-turned-social activist Kuljit Naruana.