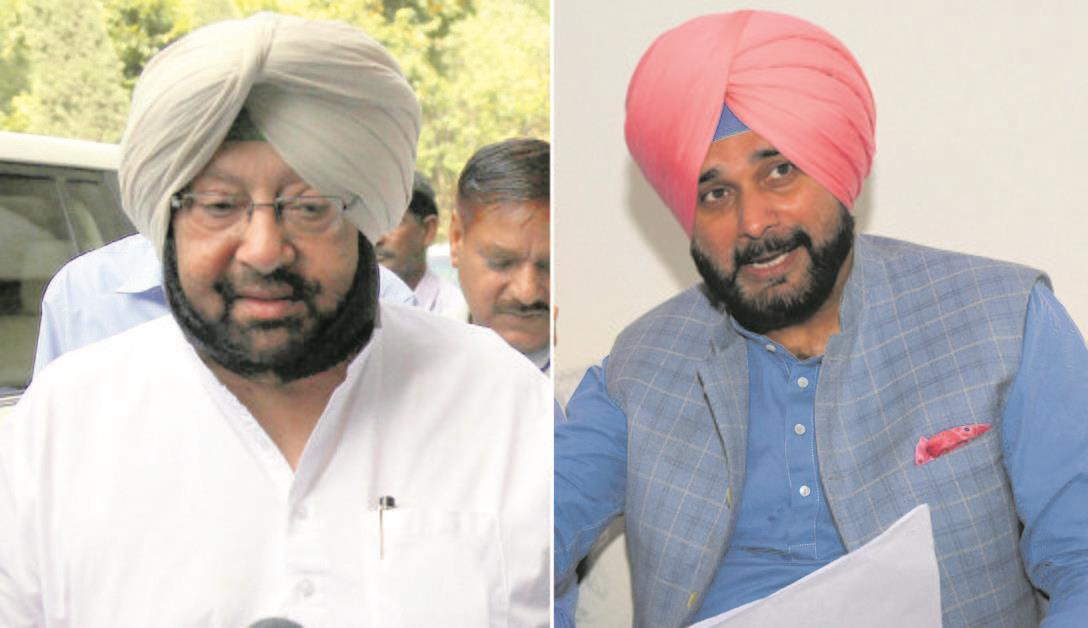 The ongoing Punjab Congress crisis showed no signs of resolution on Monday with Chief Minister Capt Amarinder Singh geared up to keep his date with the AICC panel on Tuesday but rival Navjot Singh Sidhu set to skip the crucial meeting.

The party may have to choose between the CM and Sidhu as it has clearly become untenable for the two to work together, say AICC sources. Sidhu’s decision to decline the invite for Tuesday’s meet has sent out wrong signals, they say.

And parallel to the Mallikarjun Kharge-led AICC panel’s interface with the CM, Congress leader Rahul Gandhi decided to give a two-day audience to a section of Amarinder Singh baiters, starting today.

A PIL was on Monday filed before the Punjab and Haryana HC against the jobs to sons of two MLAs.

The decision to appoint MLA Fateh Jang Bajwa’s son as Inspector has run into trouble. The Home Department is learnt to have pointed out that there is no provision for direct recruitment of Inspector, though SI or DSP can be appointed.

Give up offer: Bajwa

Partap Bajwa, RS MP, has asked his brother Fateh Jang and MLA Rakesh Pandey to give up the job offer.

Rahul also held a separate discussion with former Law Minister and ex-Rajya Sabha MP Ashwani Kumar on Punjab affairs and the ongoing impasse. Meanwhile, sources said that Sidhu’s public attacks against the CM today had shrunk the space for reconciliation between the two.

“Today’s developments mean the party may have to choose between the CM and Sidhu because it has clearly become untenable for the two to work together. Also, Sidhu’s decision to decline the invitation from the AICC panel for tomorrow’s meeting sends out wrong signals to the party leadership,” an AICC source said, adding that the panel would take a view on the steps the CM has taken over the past two weeks to strengthen the party and the government in the state.

The dissidents, meanwhile, are learnt to have flagged to Rahul Gandhi the controversy created in Punjab following the Cabinet decision to give jobs on compassionate grounds to the kin of MLAs Fateh Jang Bajwa and Rakesh Pandey.

The Punjab leaders who met Rahul are further learnt to have shared with him the demographics of the state and the representation of dominant groups in the Cabinet.

Rahul Gandhi is learnt to be conducting a comprehensive ground research about the state before the party takes a final call on the PCC and Cabinet reshuffle.