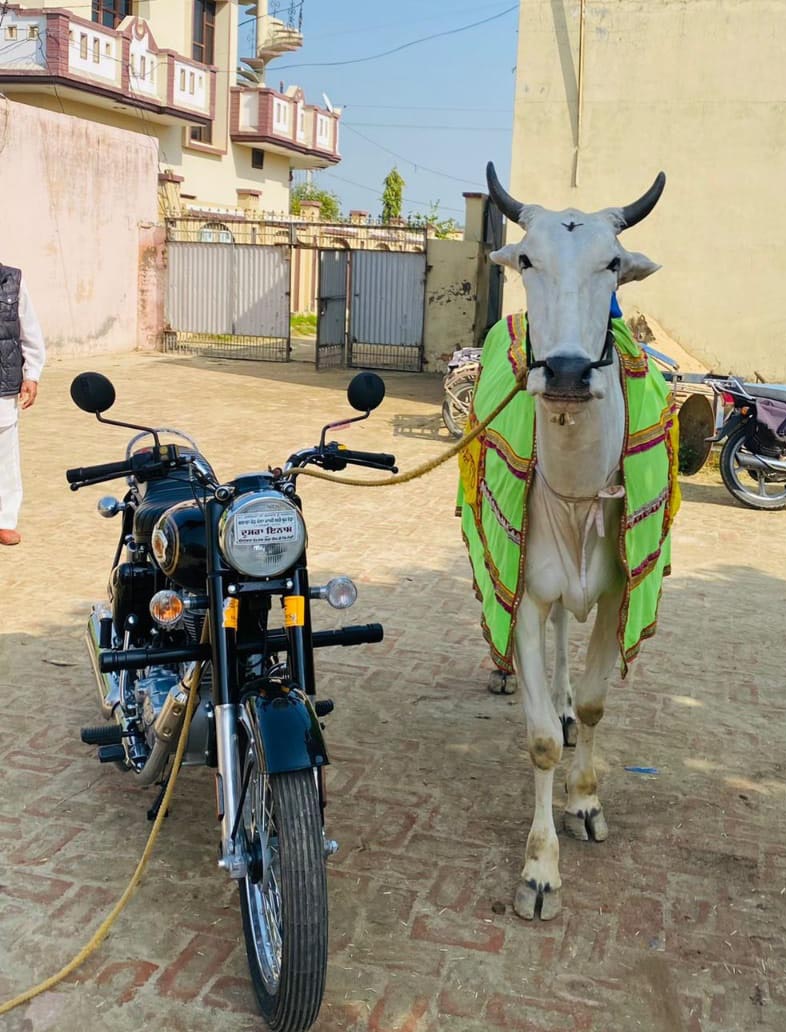 Seven-year-old Sikandar with a bike he won at a cattle fair.

Sikandar (a bull) won as many as 45 motorcycles, a tractor, gold and a large amount of money in cattle fairs during the past seven years for its 26-year- old owner Raja Pholriwal.

Now, Pholriwal has planned to hold a “path” (religious ceremony) in Sikandar’s memory and has approached artists for making a statue of his beloved bull.

Other farmers who lost their prized cattle due to the LSD have also been organising ceremonies in memory of the animals.

Satwinder Singh of Herrian village in Nawanshahr organised a “path” in memory of his bull Bholu on August 23. An invitation was also sent on social media highlighting that a six-year-old Bholu had won two cars, a motorcycle and a cash prize.

Satwinder said, “We have to get over it, but it’s not going to be easy. I did everything to save Bholu, but the LSD took him away from me.”

Pholriwal, who lost seven-year-old Sikandar, said, “Ohne sanu sab kuch ditta. Saade kol jo hai, ohda ditta hai. Jado sada time aaya ohdi seva karan da, oh chala gaya (Whatever we have is due to Sikandar. Now, when we had to take care of him, he left us).”

Holding back his tears, Pholriwal said Sikandar came in his life when the latter was not even one-year- old. “We got him for Rs 16,000, trained him and saw very good results. He was incredible. We communicated with ease. The pain of this loss will never end. I just want Sikandar to keep winning wherever he is,” said Pholriwal.