Police outside MBD Mall in Jalandhar on Thursday. Tribune photo

Tension was witnessed outside MBD Mall in Jalandhar after Shiv Sena activists reached there demanding that star Aamir Khan’s film ‘Laal Singh Chaddha’ be taken out as the Bollywood star had allegedly insulted Hindu gods and goddesses in his last movie ‘PK’.

The Shiv Sena activists said they won’t allow any multiplex operator in the city to run the movie.

The situation became tense when activists of Sikh Tal-Mel Committee also reached the Mall and countered the Shiv Sena leaders saying they won’t tolerate such “hooliganism”. They said there was nothing objectionable in the movie, and boycotting or demanding its ban over a movie that was released some eight years ago was “unjustified”. 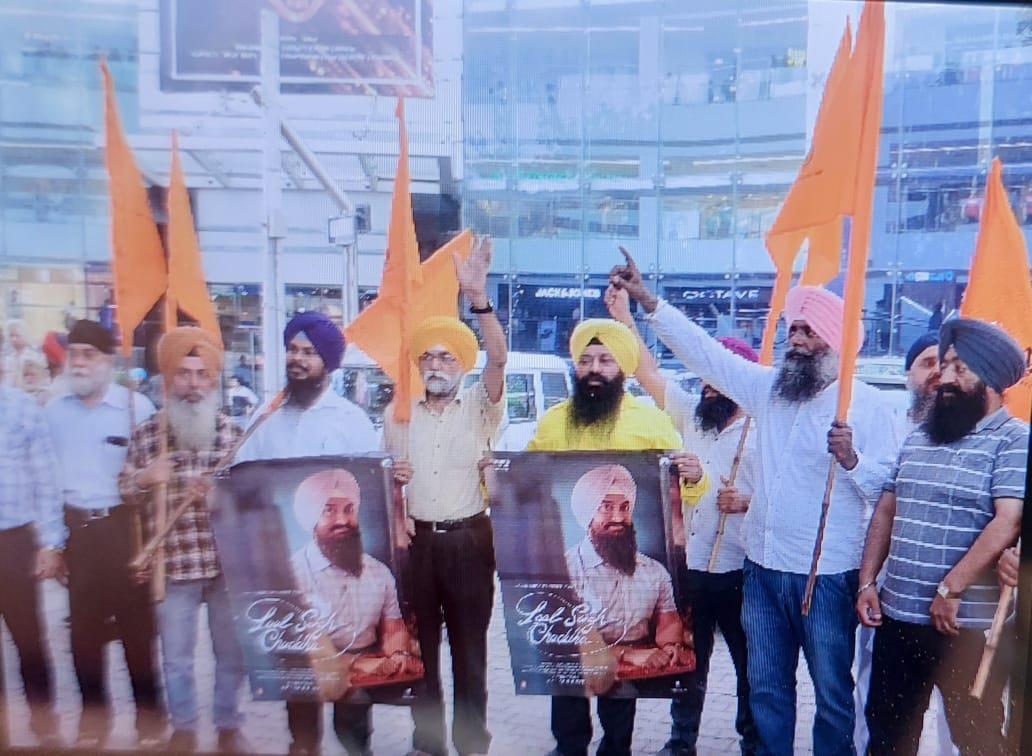 In Varanasi, members of a Hindu outfit staged a protest against Aamir Khan-starrer film "Laal Singh Chaddha", demanding a ban on it in Uttar Pradesh as they accused the actor of making fun of deities.

Members of the Sanatan Rakshak Sena raised slogans against the movie and held a protest in front of I P Vijaya Mall in Bhelupur.

State president of the Sena's youth wing, Chandra Prakash Singh, and its vice-president Arun Pandey alleged that Aamir Khan makes fun of Hindu deities in his films and he is against the Sanatan Dharma.

"We all Sanatanis will not allow his films to run in our country," they said.

"We will go from door-to-door and request people to boycott Aamir Khan's films. At the same time, we also request Chief Minister Yogi Adityanath to ban the film," they added.