The ‘Referendum 2020’ is an initiative of pro-Khalistan group, which has been banned by the Indian government for advocating a separate homeland for the Sikhs 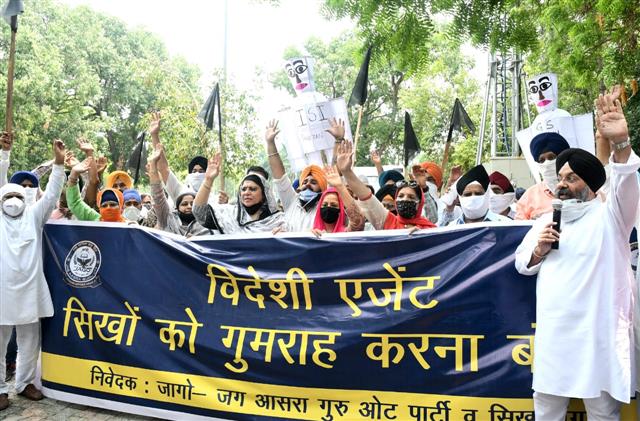 Members of the Sikh community on Thursday held a protest near the Pakistan High Commission here against ISI for backing pro-Khalistan activities and the ‘Khalistan Referendum 2020’, police said.

There were around 50 to 60 Sikh protestors who tried to march towards the Pakistan High Commission from Teen Murti. However, they were stopped near Chanakyapuri police station, he said.

The protestors were shouting slogans against Pakistan’s spy agency ISI for promoting pro-Khalistan activities and supporting the ‘Khalistan Referendum 2020’, an online campaign to demand a separate homeland for the Sikhs.

The ‘Referendum 2020’ is an initiative of pro-Khalistan group Sikhs For Justice (SFJ), which has been banned by the Indian government for advocating a separate homeland for the Sikhs.

The Centre in a July 10, 2019 notification had declared the SFJ as an unlawful association and had banned it for five years, saying the group’s primary objective was to establish an “independent and sovereign country” in Punjab and it openly espouses the cause of Khalistan, challenging the sovereignty and territorial integrity of India. PTI