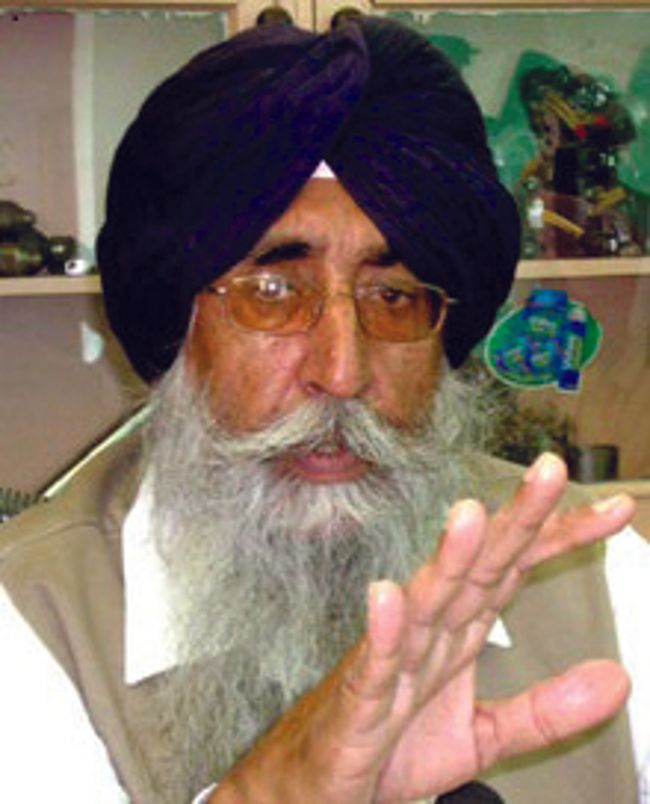 Simranjit Singh Mann said his grandfather honoured General Dyer to pacify his anger as the British wanted to conduct arial bombing in Amritsar.

In calling Bhagat Singh a “terrorist”, is Sangrur MP Simranjit Singh Mann trying to cover up the “hurtful” act of his grandfather? It seems so as his maternal grandfather Arur Singh, then sarbarah (in-charge) of the Golden Temple, honoured General Reginald Dyer with a “siropa” at Akal Takht after the Jallianwala Bagh massacre in 1919.

Though Arur Singh’s act had hurt the collective Sikh psyche and remained a “black chapter” in the Sikh history, Mann has always defended the move. At a press conference on Friday, the Sangrur MP, while referring to the British police officer John Saunders murder case, asserted that Bhagat Singh was a “terrorist” as he also killed an “Amritdhari” Sikh police constable (Channan Singh) and threw a bomb in the Assembly.

Mann’s comment has once again raked up a debate over “todis” (British loyalists) during the colonial rule and his grandfather’s “hurtful” act.

The MP said his grandfather honoured General Dyer to pacify his anger as the British wanted to conduct arial bombing in Amritsar. “He did it to save the Golden Temple from bombing on the advice of then principal of Khalsa College GA Wathen,” he claimed.

Delhi-based Prof Mohinder Singh in his seminal work “The Akali Movement” has put forward the conversation between Arur Singh and General Dyer in detail. “While the country was busy condemning the Jallianwala Bagh massacre and was engulfed in a wave of shock, horror and consternation, Arur Singh invited General Dyer to the Golden Temple and honoured him with a ‘siropa’, declaring him a ‘Sikh’,” Prof Singh wrote. He vividly quoted the dialogue which took place between the two in the presence of priests of the Golden Temple.

“While the tragedy changed the course of the India’s freedom struggle, the sacrilegious action of Arur Singh led to a revolt against the pro-British Sikh leaders… Gross misuse of their premier shrine in the hands of government-nominated sarbarah and British officials proved to be the proverbial last straw on camel’s back and thus set the stage for the Akali struggle,” Prof Singh wrote.

“Sahib,”priests said, “you must become a Sikh.”

The General thanked them, but said he could not, as a British officer, grow his hair long.

Arur Singh laughed and said, “We will let you off... the long hair.”

Gen Dyer said, “But I cannot give up smoking.”

“That you must do,” said Arur Singh. “No,” said the General, “I am very sorry, but I cannot give up smoking.”

The priests conceded, “We will let you give it up gradually.”

“That I promise you,” said the General, “at the rate of one cigarette a year.”