Simranjit Singh Mann: Ex-cop who refuses to give up 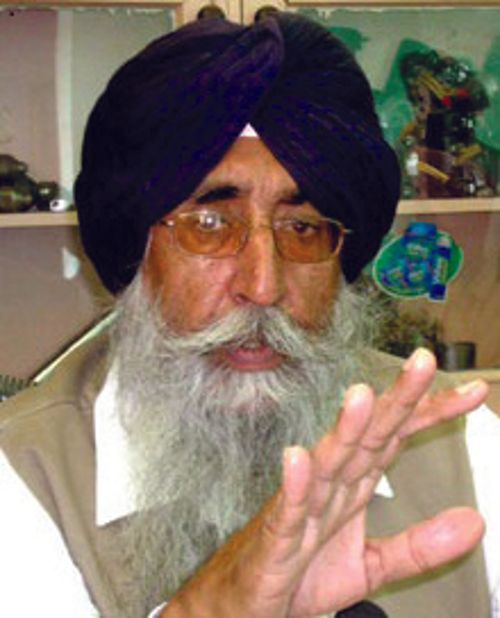 Simranjit Singh Mann's political career was written off long back by political pundits — from the SGPC polls to parliamentary elections, he suffered defeat one after another over the past two decades — but perhaps it was too early.

Simranjit Singh Mann’s political career was written off long back by political pundits — from the SGPC polls to parliamentary elections, he suffered defeat one after another over the past two decades — but perhaps it was too early.

Sidhu Moosewala’s father crying while hugging Mann perhaps touched the singer’s legions of fans who seem to have seen in Mann a leader who had understood their pain.

The political journey of Mann started when as a 1966-batch IPS officer, he quit service in protest against Operation Bluestar in 1984. The first political breakthrough in his career came in 1989, when while being lodged in the Bhagalpur Jail, he won by 4.6 lakh votes in absentia from Tarn Taran.

Despite polling 88% votes, Mann never entered Parliament as he wanted to attend the House with a sword.

Punjab rejected Mann for two decades, says Amanpreet Singh Gill, author of ‘Non-Congress Politics in Punjab’ and Associate Professor of political science in Delhi University. “His comeback should not be seen as an aberration. Has Punjab really bought Mann’s idea of Sikh radicalism? It remains to be seen.”

Gopal Singh, an associate of Mann for decades, says the continuous lows for two decades could not shake Mann’s conviction. He always felt the Akali Dal led by the Badals was not genuinely fighting for the Sikh cause.

After a gap of almost a decade, he once again entered Parliament from Sangrur, defeating former Chief Minister and Akali stalwart Surjit Singh Barnala in 1999. Mann lost five parliamentary elections from Sangrur alone.

The Sangrur parliamentary seat’s history suggests voters tend to send across a message to ruling parties. More than victory, they are known for voting to ensure defeat of a specific party or candidate.

In the last Assembly poll, while contesting from Amargarh, Mann had taunted the “Sikh kaum”, saying: “Do you want ‘jharu’ (AAP’s symbol) or ‘sword’?” If not then, people have now chosen their preference. Though historically, Mann never had any connection with Sangrur, he has known the pulse of “impulsive people” here. It is for this reason, he placed his bet on Sangrur, whether it was the SGPC, Assembly or parliamentary elections. Result on Sunday proved, Mann was not wrong.