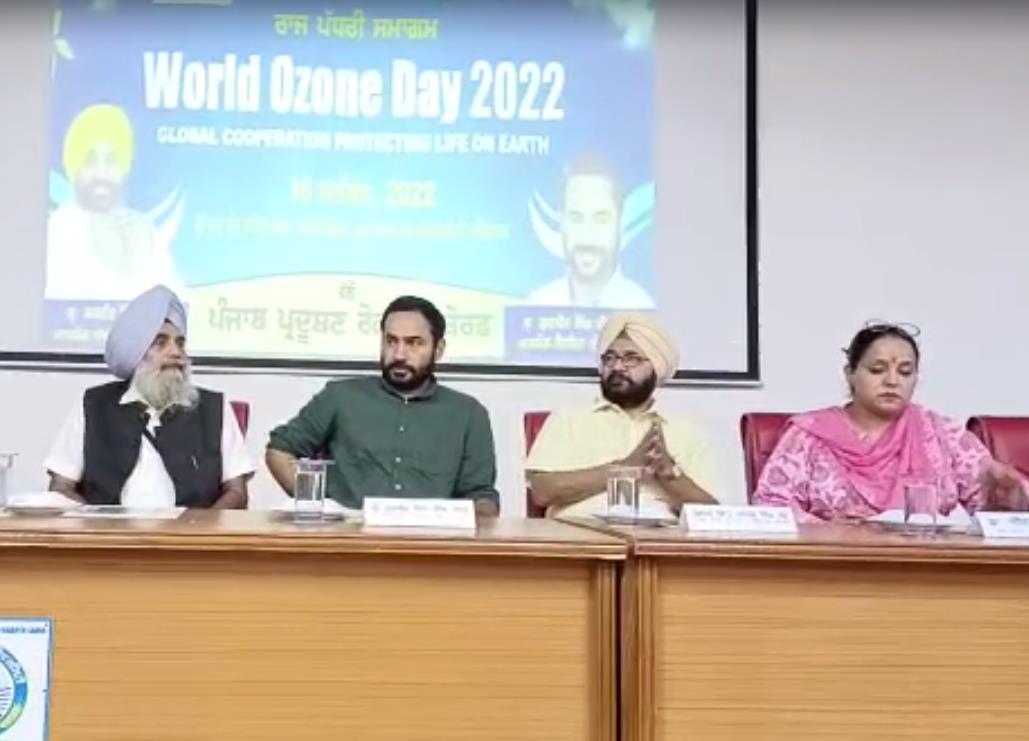 "If nature has made anyone the most powerful of all the creatures on earth, it is human being, but it is unfortunate that human beings have done the most damage to nature,” said Environment, Science and Technology Minister Gurmeet Singh Meet Hayer while speaking on the occasion of the state-level function organised by the Punjab Pollution Control Board at Guru Nanak Dev University, Amritsar, on the occasion of World Ozone Day.

Meet Hayer said natural resources such as ozone, which sustain life on Earth, took millions of years to form, but our lifestyles and the industrial revolution have destroyed it in about 100 years. He said that today we need to understand Guru Sahib's 'Pawan Guru Pani Pita' message and follow it.

Environment Minister said the importance of oxygen should be understood from the lack of oxygen cylinders during Corona, which were available only on recommendation or by spending thousands of rupees, and it must make us ponder that how many precious treasures nature has blessed us with.

In response to a question, he said that the ban on single-use plastic is still going through the awareness phase and if people do not understand, the government will take more strict action against those who use, manufacture and sell it. He said that we all should consider it a moral responsibility to plant trees, nurture them, protect the environment from pollution, not burn the stubble. Only then the environment can be saved for the inhabitation of our future generations.

On this occasion, Meet Hayer also inaugurated the forest planted in an area of two and a half acres by the Punjab Pollution Control Board in the old focal point, in which 40 types of trees have been planted.

Guru Nanak Dev University Vice Chancellor Dr. Jaspal Singh Sandhu mentioned the efforts made for environmental protection in the university, including planting of more than 40 thousand trees, introduction of e-vehicles, ban on entry of vehicles in the campus, water harvesting, vermi compost etc.

Punjab Pollution Control Board Chairman Prof Adarsh Pal Wig emphasized on planting trees to save the environment, harvesting rain water, stopping the misuse of appliances like ACs and refrigerators that threaten the ozone by producing chlorofluorocarbons.