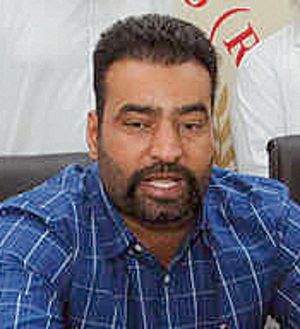 The Samyukt Kisan Morcha (SKM) today gave a clean chit to gangster-turned-social activist Lakhvir Singh, alias Lakha Sidhana, who has been booked by the Delhi Police for instigating violence during the farmers’ tractor rally at Red Fort on the Republic Day.

Wanted by the Delhi Police, Lakha Sidhana had gone into hiding after the January 26 violence.

Dr Darshan Pal Singh, president of the Krantikari Kisan Union and a member of the SKM, told the media a three-member panel had discussed the Lakha Sidhana issue with singers, kabaddi players and Sikh thinkers.

“After having discussed the matter, the general body of the SKM decided that Lakha Sidhana would join the protest again. He can even share the stage,” said Dr Darshan Pal.

Notably, the SKM had maintained a distance from Lakha Sidhana and Deep Sidhu, another accused in the January 26 violence case, after the Republic Day.

Lakha Sidhana belongs to Sidhana village in Bathinda district. He had unsuccessfully contested the 2012 Assembly elections on the People’s Party of Punjab (PPP) ticket from Rampura Phul.