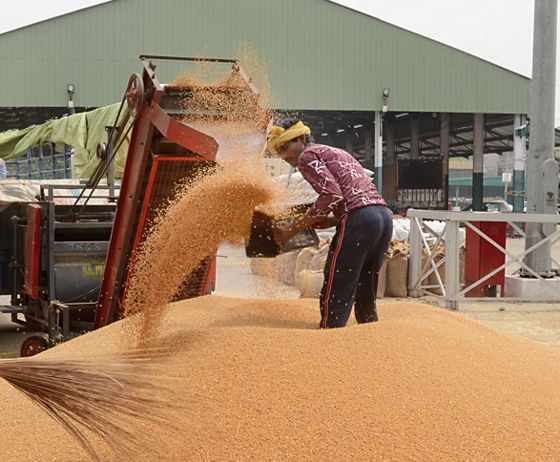 Despite the Deputy Commissioner’s warning that a strict action would be taken against transporters for the delay on their part, the pace of wheat lifting is still slow in Muktsar district. Just 1,82,674 MT wheat was lifted from the total purchased 4,27,776 MT in the district till Wednesday. A total of 4,56,209 MT wheat has arrived in the mandis in district.

The situation was worse at the focal points in some villages. Meanwhile, some labourers on Wednesday blocked the Muktsar-Bathinda highway at Doda village due to the slow pace of lifting. Protesters said just five-six trucks were coming to the grain market at Doda for lifting and as a result they were not even getting their full wages. 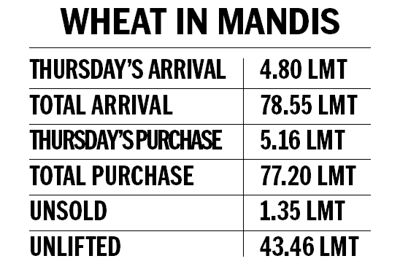 Some arhtiyas said labourers had come in short numbers this time, which had created a problem. Bunty Goyal, president, Kacha Arhtiya Association, Badhai Grain Market, said, “A large number of wheat bags are lying in mandis and waiting for trucks.”

However, Himanshu Kukkar, District Food and Civil Supplies Controller, said, “The situation is better now. Nearly 30,000 MT wheat is being lifted daily in the district. The issue of Doda village has also been resolved.” —