One of three contract killers nabbed I Hired for Rs 2.5L to kill father over business 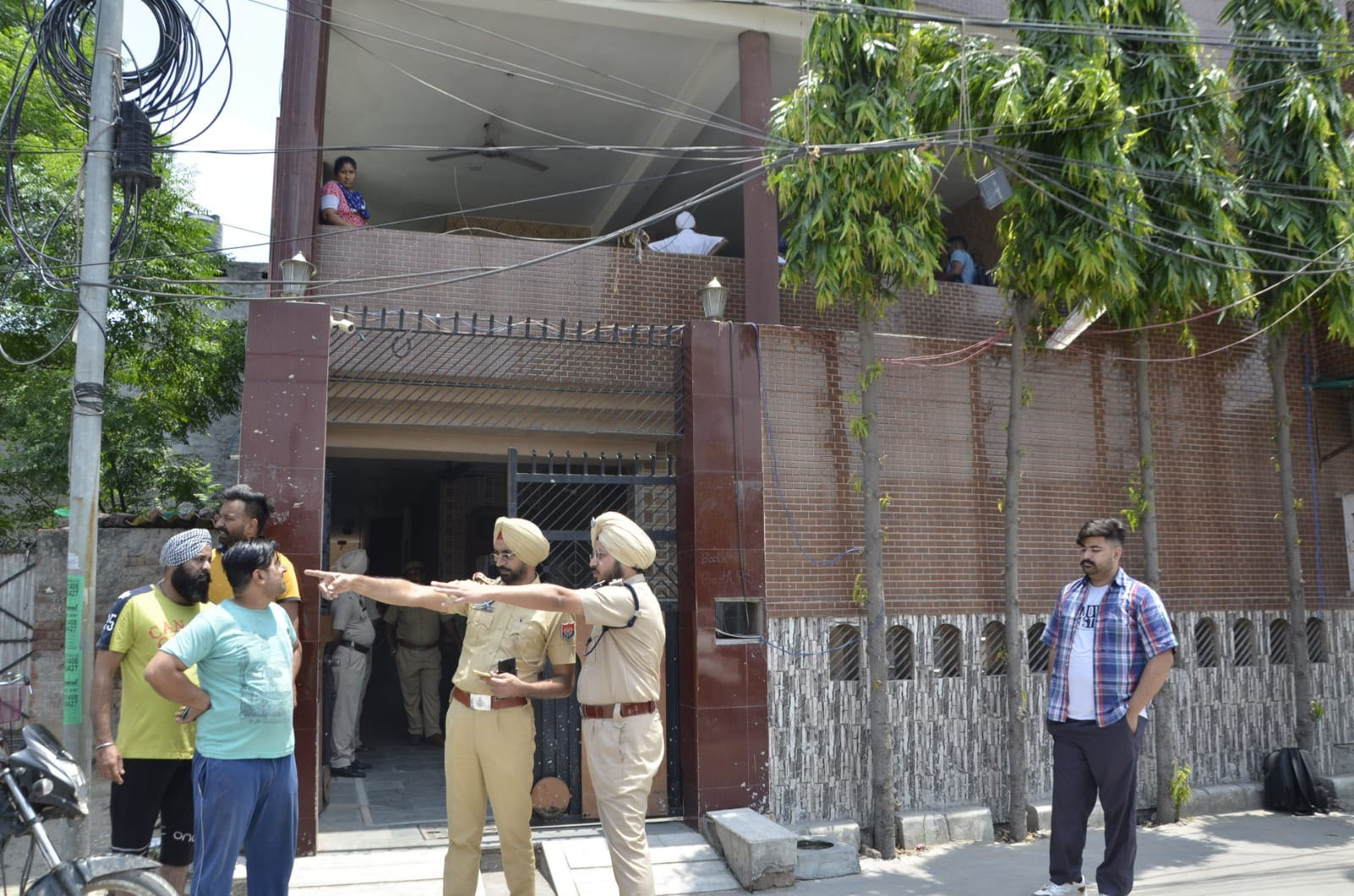 Police personnel at the residence of the murdered couple (Bhupinder Singh and Sushpinder Kaur) at GTB Nagar, Ludhiana, on Thursday. Photo: Ashwani Dhiman

The Ludhiana Police Commissionerate today claimed to have solved the double murder case of retired Indian Air Force officer Bhupinder Singh (66) and his wife Sushpinder Kaur (62) on Wednesday with the arrest of their son Harmeet Singh, alias Mani (40).

The accused had allegedly hired three contract killers for Rs 2.5 lakh for the job as he wanted to take control of the property and his father’s business, stated Commissioner of Police Dr Kaustubh Sharma.

Besides Harmeet, the police have arrested Balwinder Singh Raju, a hired killer, of Jappan Colony here. Two others — Vikas Gill, alias Doctor, and Sunil Masih, alias Laddu, of Bhamian Khurd — are at large. The police also recovered the DVR of CCTV cameras removed by the accused after the crime. The motorcycle used in the crime, and a mobile phone, bought by Harmeet specifically to communicate with the killers, have also been recovered.

During the probe, the police suspected friendly entry into the house. The CCTV footage of the accused entering and leaving the premises helped them nail the accused within 24 hours of the crime.

Harmeet was living with parents, while his two sisters are married in Ludhiana.

The retired IAF officer was getting handsome pension and ran a school, besides owning a house construction business. Bhupinder was solely looking after the business and was not allowing his son to play any significant role. In fact, Bhupinder was giving Rs 10,000 and Rs 8,500 per month to his son and daughter-in-law, respectively, for necessary expenses. “Harmeet wanted complete financial control over his father’s property and business. The family lived in separate portions of the house. The son thought by eliminating his father, he could lead a lavish lifestyle, so he hatched a conspiracy,” said CP Sharma.

The CP ruled out possible involvement of Harmeet’s wife, but said probe was on and if anyone’s role surfaced, the police would act accordingly. The three contract killers — Balwinder, Vikas and Sunil, all of whom were married — worked at some shops earlier and were currently unemployed. They had met Harmeet a month ago. “When the three met Harmeet, the latter thought of luring them with money and job to kill his father. He offered Rs 2.5 lakh and promised job after the crime and the three agreed,” said the officer.

Around 3.40 am on Wednesday, the three came to the house and Harmeet facilitated their entry. Around 4.30 am when the elderly couple woke up, the accused came down and strangulated Bhupinder. When the victim’s wife Sushpinder intervened, she was smothered with a pillow.

Harmeet wanted his father’s property and business. By eliminating his father, he thought he could lead a lavish lifestyle, so he hatched a conspiracy. — Dr Kaustubh Sharma, Commissioner of Police, Ludhiana