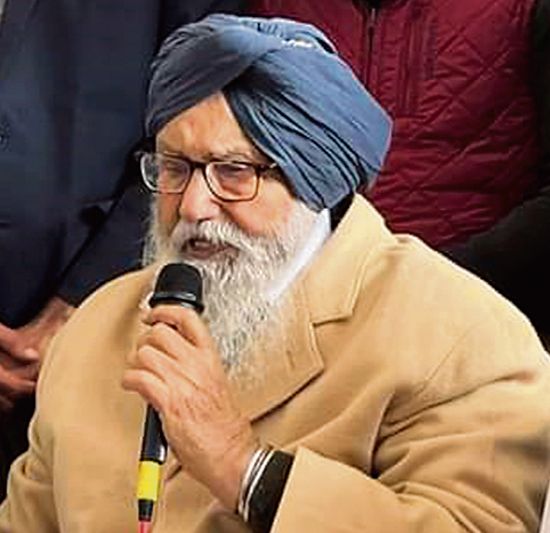 As SAD on Wednesday announced 94-year-old former Chief Minister Parkash Singh Badal from his home turf Lambi, he is set to become the oldest candidate in the electoral fray in the country. This will be his 13th Assembly elections, but this time, he is not the SAD-BSP alliance’s CM face as his son Sukhbir Badal’s name has already been announced.

Badal did not contest just two Assembly elections in his political career, once in 1962 and, thereafter, in 1992 when SAD had boycotted it.

Sources in SAD said the party kept waiting for the announcement of Badal’s candidature this time because Congress had last time surprised everyone by fielding Capt Amarinder Singh from Lambi just a few days ahead of the election. In 2012, it was a triangular contest between Badals – Parkash Singh Badal (SAD), his younger brother Gurdas Singh Badal (PPP) and estranged cousin Maheshinder Singh Badal (Congress). However, Parkash Badal won with 24,739 votes.

Before testing positive, Badal was holding a door-to-door campaign. He is set to return to his constituency in a day or two. In his absence, his relatives are campaigning for him. Bathinda MP Harsimrat Kaur Badal too has already toured some villages.

Badal was conferred with Padma Vibhushan in 2015, which he returned in 2020 in protest against three farm laws.