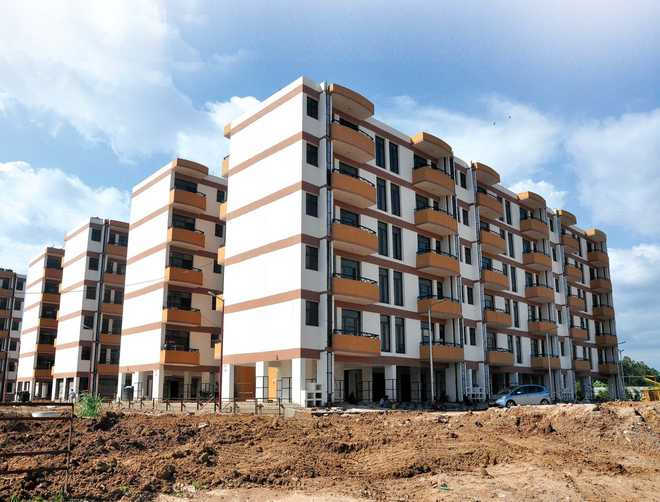 The Punjab Cabinet led by Chief Minister Captain Amarinder Singh on Friday gave the go-ahead for regularisation of standalone buildings constructed outside municipal limits, without the approval of the Housing and Urban Development department, but with strict adherence to building bye-laws.

The one-time settlement policy, for which applications will be accepted till March 31, 2022, would enable such buildings to be regularised with payment of a nominal fee and statutory government dues, besides bringing them within the ambit of planning and ensure the safety of the public.

Outlining the salient features of the policy, a spokesperson of the Chief Minister's Office said that it would apply to all pending cases and cases submitted by March 31, 2022.

Buildings that have been constructed as per building rules in conformity with master plans shall be considered.

All statutory charges i.e. CLU, EDC, LF/PF, SIF and Building Scrutiny Fee is to be paid along with the regularisation fee, including Rs.20 per sq ft of covered area in case of Farmhouses, Rs.20 for Educational & Medical Institutions, Rs.35 for Commercial including hotel and eating joints, Rs.15 for Industrial and Rs.1 for religious/social charitable institutions.

Violation from building rules, only if compoundable, shall be compounded as per government policy.

It may be recalled that several industrial and joint associations of colleges have represented to the Chief Minister and the Housing & Urban Development department for a one-time settlement policy with a minor penalty. Besides, the Punjab Bureau of Investment Promotion (PBIP) had also been requesting the reduction in regularisation charges to facilitate industries in the state.

Subsequently, the department also realised that these charges have increased manifold due to a 10% hike every year, and people are not coming forward to get their buildings regularised.