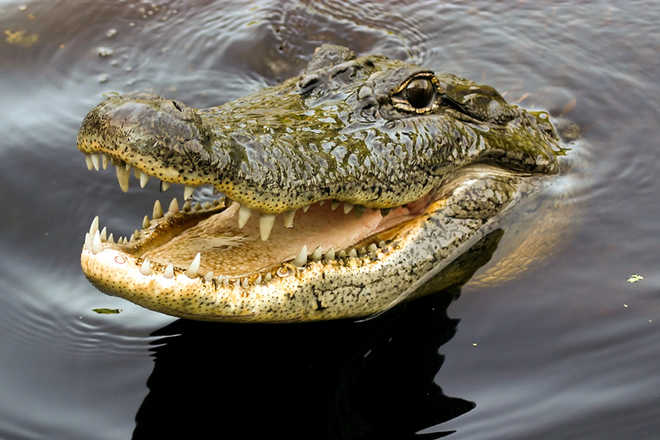 Punjab Chief Minister Amarinder Singh on Monday favoured the need to start breeding crocodiles in the state’s rivers, especially the Beas and the Sutlej, as they were found in abundance six decades ago.

He, however, appreciated the efforts of the Forests and Wildlife Preservation Department for re-introduction of gharials, an important component of the riverine ecosystem. He also lauded the efforts for the conservation of Indus dolphins that were declared as the state aquatic animal in 2019.

Reviewing the functioning of the Forests and Wildlife Preservation Department virtually, the Chief Minister asked the department to revive the original flora and fauna keeping in view the state’s natural climate and habitat.

He said as an avid nature lover he has always evinced a keen interest in forestry and wildlife. He emphasized the need to undertake massive plantation of traditional trees including ‘ber’, ‘kikar’, ‘saal’, ‘shisham’ and ‘katha amb’, an indigenous variety of mango commonly prevalent in the Kandi region and southern Punjab, which has now dwindled.

Amarinder Singh complimented the department for undertaking the plantation of ‘chandan’ and high-yielding bamboo, which gives double the yield of traditional bamboo.

The Chief Minister asked the department to fully explore the potential of eco-tourism. He said concerted efforts should be made to develop Siswan and Harike as preferred eco-tourism destinations in northern India.

Taking a serious view of the growing population of wild boars and blue bulls in the Kandi area and cotton belt of southern Punjab, the Chief Minister asked the department to immediately take effective measures to save human lives, which are often lost due to attacks by these wild animals besides damage to crops.

Additional Chief Secretary Anirudh Tiwari said the department has fixed a target to achieve 7.5 per cent area under forest and tree cover by 2023 in line with the Sustainable Development Goals (SDGs).

He said the government of India has identified 100 wetlands to be developed on priority and five wetlands are in Punjab. They are Harike, Ropar, Kanjli, Keshopur and Nangal.

He said Moga district has been selected as part of the one billion plantation project of the country in five years and 90 lakh plants would be planted in five years in the district. — IANS